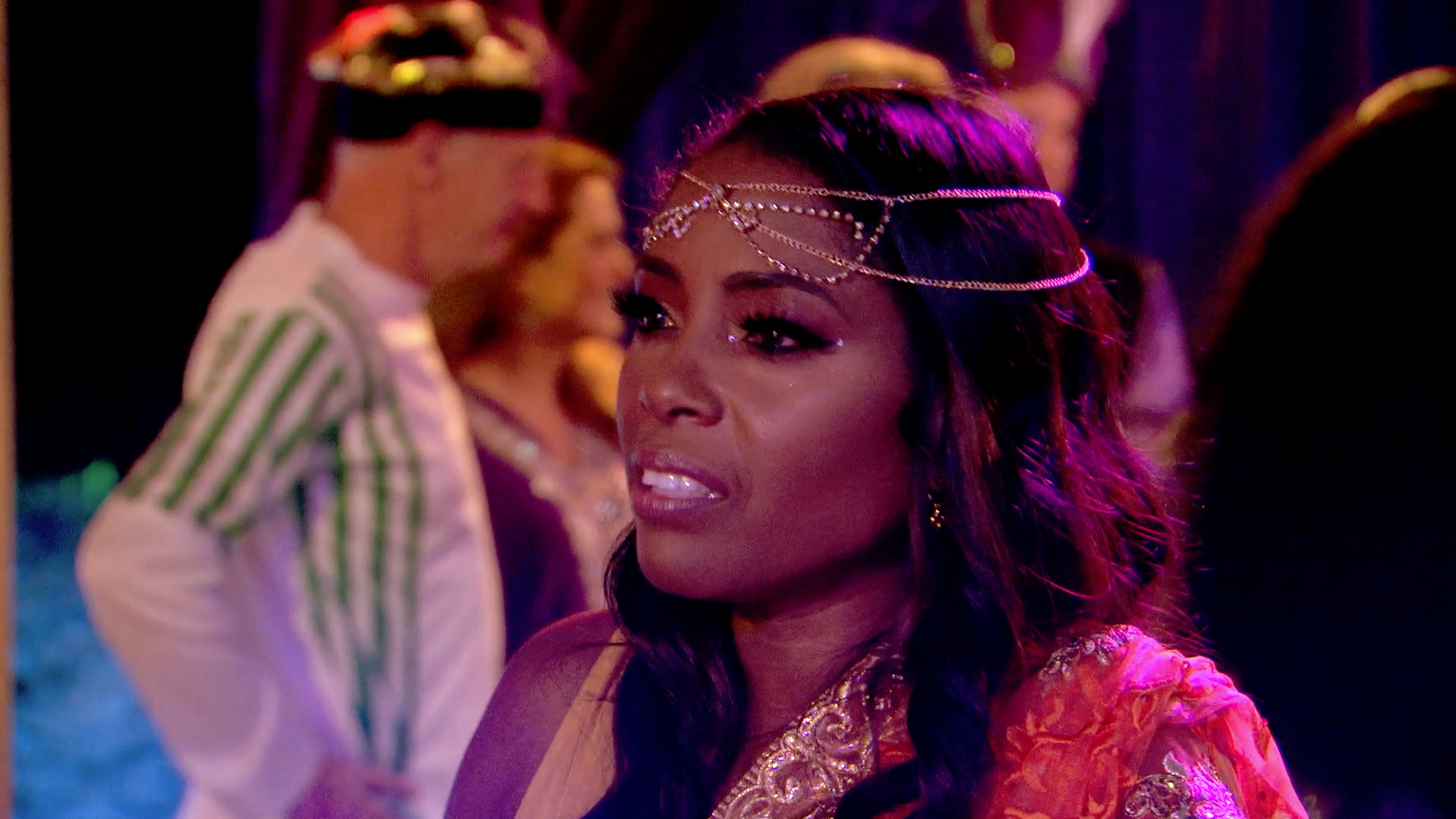 There was some "unfinished business" to attend to during the Married to Medicine Season 7 finale, at least according to Dr. Simone Whitmore. The OBGYN encouraged Dr. Jackie Walters and Buffie Purselle to find some resolution after things previously got heated between them when Dr. Jackie called Buffie "infertile" at her book cover reveal party earlier this season (clip above).

When Dr. Jackie and Buffie came together at Toya Bush-Harris' housewarming party in the December 22 episode of Married to Medicine, the ladies actually seemed to hash out their issues and move forward in a positive direction. After their conversation, Buffie was overcome with emotion and eventually started sobbing to her husband, Dr. David Purselle, in the bathroom during the event. Toya tried to cheer Buffie up and get her to stay at her party, even giving her a highly coveted invitation into her closet. But Buffie was just too upset after revisiting this topic, and she eventually left Toya's party in tears.

Buffie opened up what was going through her mind during the episode on Twitter. "No one has the right to disturb the delicate balance of how you maintain your happiness from day to day. I was gutted and shamed for saying ouch ONE time," she tweeted. "If this is what friendship looks like I'd rather not have any."

No one has the right to disturb the delicate balance of how you maintain your happiness from day to day. I was gutted and shamed for saying ouch ONE time. If this is what friendship looks like I'd rather not have any. #married2med

She also shared more about her struggles with infertility, revealing that "#Lupus likely robbed me of my fertility since no one bothered to ask me."

Buffie added that it was difficult to open up about her past experience of trying to start a family this season of Married to Medicine, but she did so "hoping to help someone not to be fertility shamed."

As far as those who believe she has overreacted this season, Buffie defended her behavior on Twitter, saying, "[It's] OK not to be OK ALL of the time."

She also said that she's "not ashamed" of how she felt at Toya's housewarming party. "I'm human," Buffie tweeted.

"Surprise!!" Married to Medicine's Buffie Purselle Has Some Baby News

Buffie addressed her tension with Dr. Jackie this season overall. "If I [didn't] accept her apology you would be absolutely correct. But I NEVER asked for an apology and accepted when she said she was done with it," she tweeted. "I was kind to her. Invited her to my spa day and tried to have fun with her. Who had the attitude or held a grudge? Was it really me?"

Even though this season brought up a lot of painful memories for Buffie and her husband, the Married to Medicine couple came out of this difficult time even stronger. "We are happy, healthy, and in love," Buffie said on Twitter. "This wasn't pleasant but we are fine."

Dr. Jackie expressed remorse for her "infertile" comment and what transpired between her and Buffie this season during an interview with The Daily Dish in November. She also said that she hopes she and Buffie can successfully move on from this, although she knows it may take some time. "I can’t force the healing. You know, she has to take her time and heal. So, I’m not saying she’s not hurt. It’s in her own time," Dr. Jackie shared with The Daily Dish. "So you have to offer to do a sincere apology and then just allow that person to heal."

This story will have a happy ending for Buffie and her husband. Buffie confirmed last month that she and her husband have officially begun the surrogacy process. “We’re so excited to become parents,” Buffie told PEOPLE in November. “A family is something that we have both desperately wanted for so long now. We made our decision and we couldn’t be happier!"

Buffie will open up more about her road to becoming a mother during the Married to Medicine Season 7 reunion, which kicks off Sunday, December 29 at 9/8c. Watch a sneak peek, below. 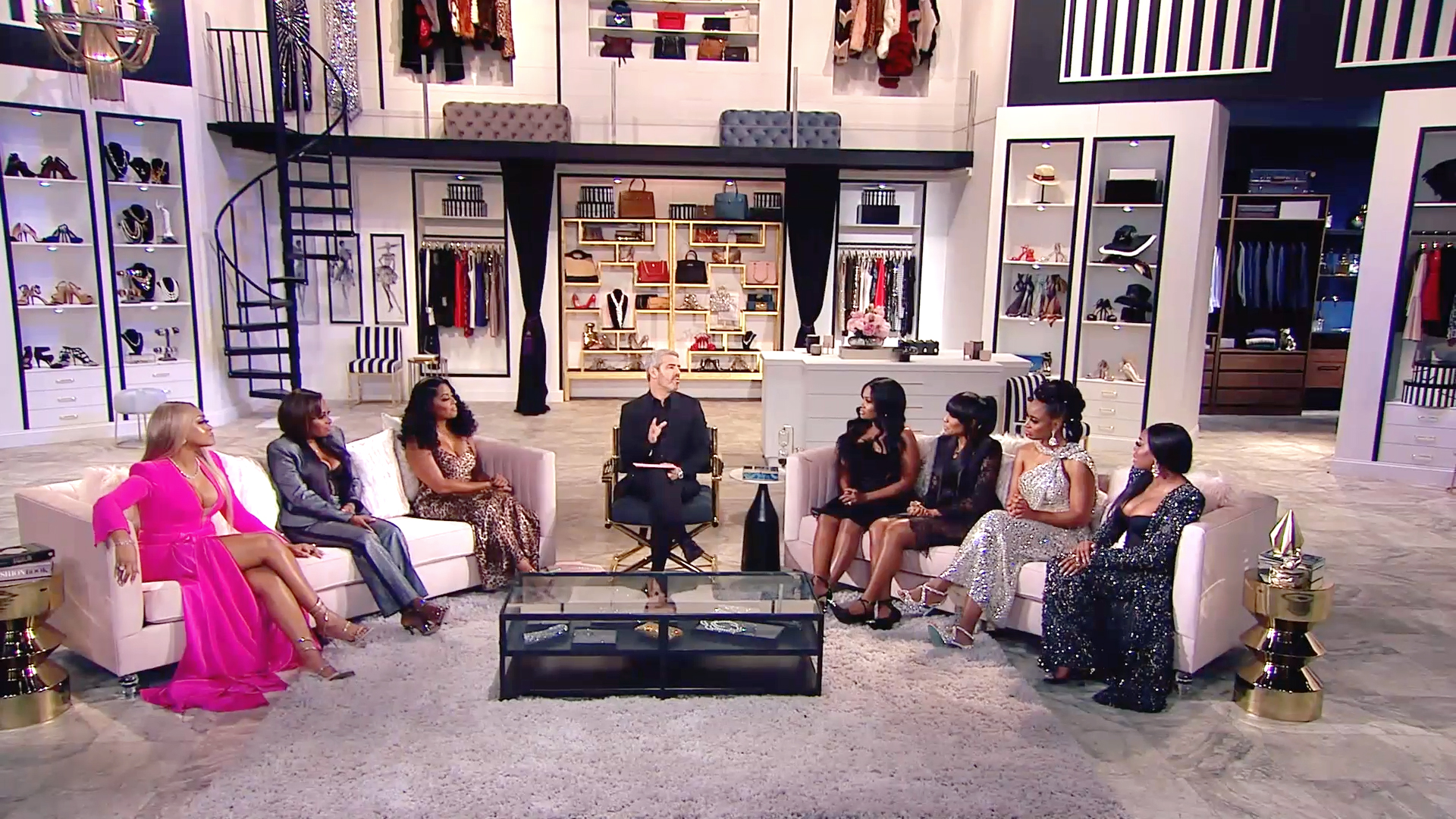