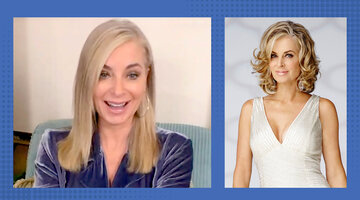 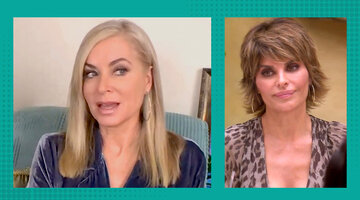 Carole Radziwill spent six seasons on The Real Housewives of New York City dealing with a mix of fun and drama, as well as maneuvering her way through the ever-changing dynamics of the Big Apple crew.

It wasn't always easy, but by the time her last season on the show aired, her relationship with Bethenny Frankel in particular had become incredibly tense as the two women grew apart. It was also during Season 10 that Carole and Tinsley had grown closer, which led to some harsh words, in her opinion, from Bethenny.

Carole spilled all about that time in her life in an exclusive interview with Bravo Insider's Life After Bravo.

During the exclusive interview, above, she shed new light on just what happened between herself and Bethenny at that time, including what she felt was the "most hurtful" thing that Bethenny said about her. "Whoa, that's hard," Carole said while reflecting on Bethenny's criticism of her personal and professional life "in an effort to prove" why Tinsley Mortimer and Carole are better friends. "That was hard to take in. That last season was hard."

In the wake of that situation, Carole noted that, nowadays, "I just evaluate people in my life by a stricter standard than I once did."

Carole left RHONY after Season 10. Bethenny and Tinsley have also both since stepped away from the show (after or in the middle of Seasons 11 and 12, respectively).

To hear more from Carole about her days on RHONY and her life now, check out the video, above.

Life is better as an Insider
Bravo Insider is your VIP pass to never-before-seen content, exclusive giveaways, and so much more!
Sign Up for Free
All Posts About
Bethenny Frankel
Carole Radziwill
Tinsley Mortimer
The Real Housewives of New York City
Bravo Insider
Friendship
Related

Caroline on Who She Speaks to From Ladies of London