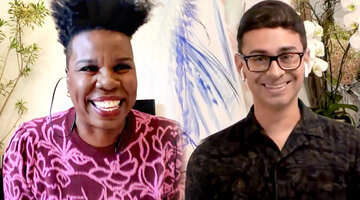 10:19
S1 - E1
Leslie Jones Is "So Excited" to Be the First Guest on Christian Siriano's Talk Show 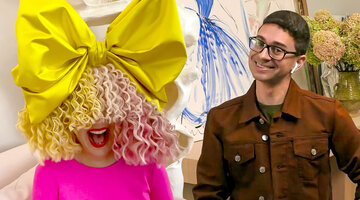 Christian Siriano is getting celebs to spill all the tea in his new digital talk show, So Siriano. In the October 15 episode, the fashion designer and Project Runway mentor was left shocked when guest Sarah Michelle Gellar dropped a secret about her iconic role in the 1999 movie, Cruel Intentions.

When asked if she got to “permanently borrow” any of the clothes from the film’s set, Gellar shared an amazing anecdote about one of the most memorable accessories she wore in the film: a cross necklace that her character famously used to store drugs.

Though Gellar says she doesn’t know what happened to the cross, she did reveal what was really stored inside of it during filming.

“So it was crushed-up chamomile, like chamomile tea,” she said, to which Christian responded, “My mind’s blown.”

Gellar went on to reveal that the scene was made even more unforgettable when she had an allergic reaction to the chamomile. “I have really bad allergies, and so, when I had to… inhale, I had the worst allergy outbreak of my life that day,” she revealed.

Hear more about Gellar’s experience on Cruel Intentions and Buffy in the video above.

Life is better as an Insider
Bravo Insider is your VIP pass to never-before-seen content, exclusive giveaways, and so much more!
Sign Up for Free
All Posts About
Christian Siriano
So Siriano
Related

Christian and Leslie React to a Celeb Nude Photo Leak