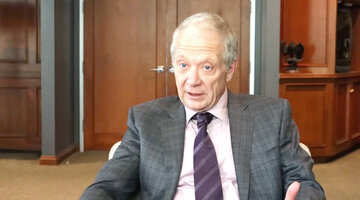 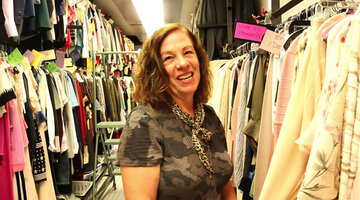 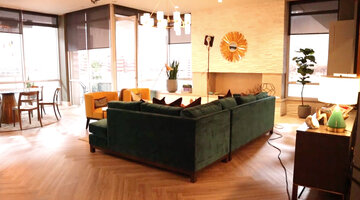 Bravo's new scripted series Dirty John is a chilling tale of manipulation and deceit. We dare you to watch the trailer for the show and not shudder. But the scariest part of the new series is that it's based on a true story previously chronicled in The Los Angeles Times and the hit podcast of the same name.

The fact that the events of Dirty John happened in real life — and could happen to anyone — is also one of the reasons why viewers will be so captivated by the series, which premieres Sunday, November 25 at 10/9c, according to star and executive producer Connie Britton. "It's an interesting story in terms of how easy it is to be conned," she said during an appearance on Ellen on Wednesday, November 14.

Britton plays Debra Newell in the series, an Orange County-based interior designer who gets swept off her feet by John Meehan (Eric Bana), who she meets online. However, Debra's daughters, Terra (Julia Garner) and Veronica (Juno Temple), are skeptical of John from the beginning. Debra's mother, Arlane, (Jean Smart) provides some insight into why Debra falls for John in the first place.

Britton told Ellen DeGeneres that the dynamic between Debra and her family will also be thought-provoking for viewers. "There are three generations of women that are in this story, and as a woman, I like to see how we are impacted by previous generations and the things we are told about ourselves and the choices that we make about ourselves in that way," she said. "So it's cool, and I hope it will make everybody think and then not fall for a con man."

So has Dirty John proven to be a cautionary tale about online dating for Britton, who is currently single? "Yeah, but I was never gonna go on online dating," she told DeGeneres.

For the record, DeGeneres wouldn't either, if she wasn't married to Portia de Rossi. We have a feeling that Dirty John will make you look at online dating in a whole new way, too.

You don't have to wait until November 25 to see what Dirty John is all about. You can watch the series premiere right now on Bravotv.com.

Hear more from Britton on what sets Dirty John apart from other true crime stories, below.

Here's Your First Look at the Dirty John Wedding