Sign Up for Free to View
Bugsy Drake on Hannah Ferrier: ‘She Could Pick It Up a Little’ 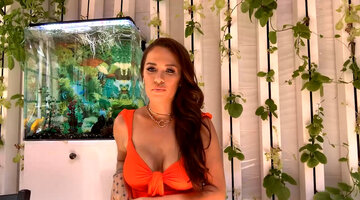 1:17
Show Highlight
Jessica More on Her Relationship with Robert Westergaard 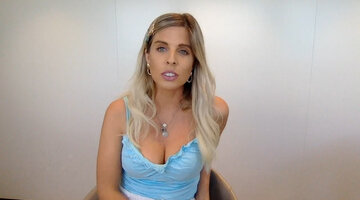 0:51
Show Highlight
Will Bugsy Drake Be the New ‘Below Deck Mediterranean’ Chief Stew? 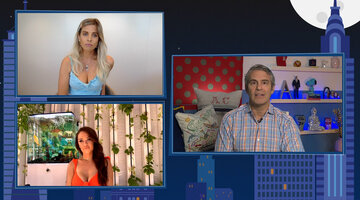 Hannah Ferrier and Bugsy Drake don't always agree on how things should run in the interior on Below Deck Mediterranean. However, the stews are actually on the same page when it comes to one particularly challenging situation we saw earlier in the charter season.

Bugsy shared her take on several of Hannah's decisions so far this season of Below Deck Med during her appearance on Watch What Happens Live with Andy Cohen: @ Home on July 20, including how the chief stew handled things with Lara Flumiani while she served as second stew during The Wellington's first charter of the season. "I think Hannah honestly handled that situation really well to the best of her ability," Bugsy told Andy Cohen in the above clip. "Had I been in that situation, I probably would have asked her to leave the boat much sooner."

Hannah and Lara memorably clashed even before any guests stepped foot on The Wellington at the start of this charter season. Their tension came to a head during a one-on-one conversation following the first charter that was intended to hash out their issues. Hannah and Lara ultimately apologized to one another and agreed to a fresh start at the encouragement of Captain Sandy Yawn.

But by the next morning, Lara told Captain Sandy that she would be leaving the charter season. Bugsy later arrived to fill in as second stew following Lara's sudden departure.

Bugsy also had some constructive feedback for Hannah during her appearance on WWHL: @ Home, sharing that the chief stew could improve her tablescapes "by adding more to the table," as well as commenting on her energy around the guests. "So we've both got completely different personalities. I'm really high energy, and I don't know, I think she's got more of a low energy," Bugsy said. "I think she can pick it up a little around the guests."

The second stew also said that Hannah and the yacht's chef Hindrigo "Kiko" Lorran were both at fault for the charter guests' disappointment in the food in the July 20 episode of Below Deck Med. "I think a chef-chief stew relationship is all about collaboration, and I think it's kind of on both of them," Bugsy explained. "Hannah's got to anticipate their needs, and Kiko's got to know what to bring to the table."

And in regards to Captain Sandy saying she had noticed a change in Hannah following the fourth charter of the season, Bugsy said, "Honestly, Andy, there was so much going on this charter, I didn't really pay too much attention to her."

Is Jessica More About to Be Fired?
Life is better as an Insider
Bravo Insider is your VIP pass to never-before-seen content, exclusive giveaways, and so much more!
Sign Up for Free
All Posts About
Andy Cohen
Christine "Bugsy" Drake
Hannah Ferrier
Hindrigo "Kiko" Lorran
Lara Flumiani
Sandy Yawn
Below Deck Mediterranean
Work
Related