How Did Joanna Krupa Choose Her Wedding Gown?

There's nothing like a Real Housewives wedding, so on last night's Watch What Happens Live After Show, an engaged caller asked Real Housewives of Miami star (and newlywed!) Joanna Krupa for a little assistance: Just how did she go about choosing her bridal gown?

"Romain always wanted me to look super sexy, like the Brigitte Bardot hair, and he's like you have nice legs, you might as well show them off—that's why I went with the short dress," she says, referring to her new hubby, Miami nightlife guru Romain Zago. She wound up selecting a $30,000 Chagoury couture gown with a detachable train.

"But later I switched to the long train because I always wanted to have a little more of the wedding feel."

Ultimately, she admits, "It wasn't really traditional. But I would just go to some designer that you love and just get your own dress. That's what I did."

Watch Joanna Krupa dish on picking a dress for her wedding and tell us in the comments: did you like her untraditional look? 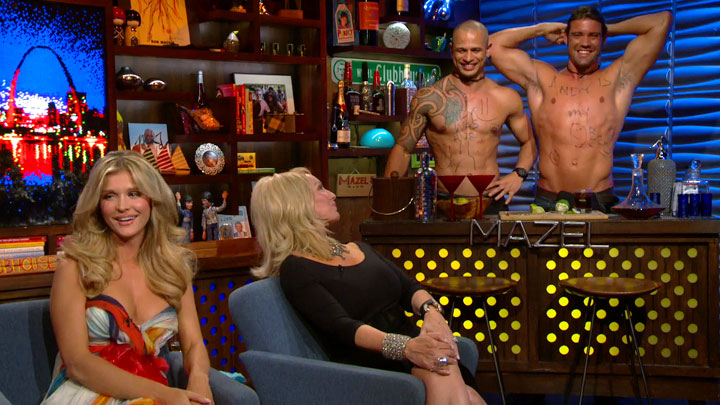