Preview
Teresa Giudice Refuses to Be in a Long Distance Relationship 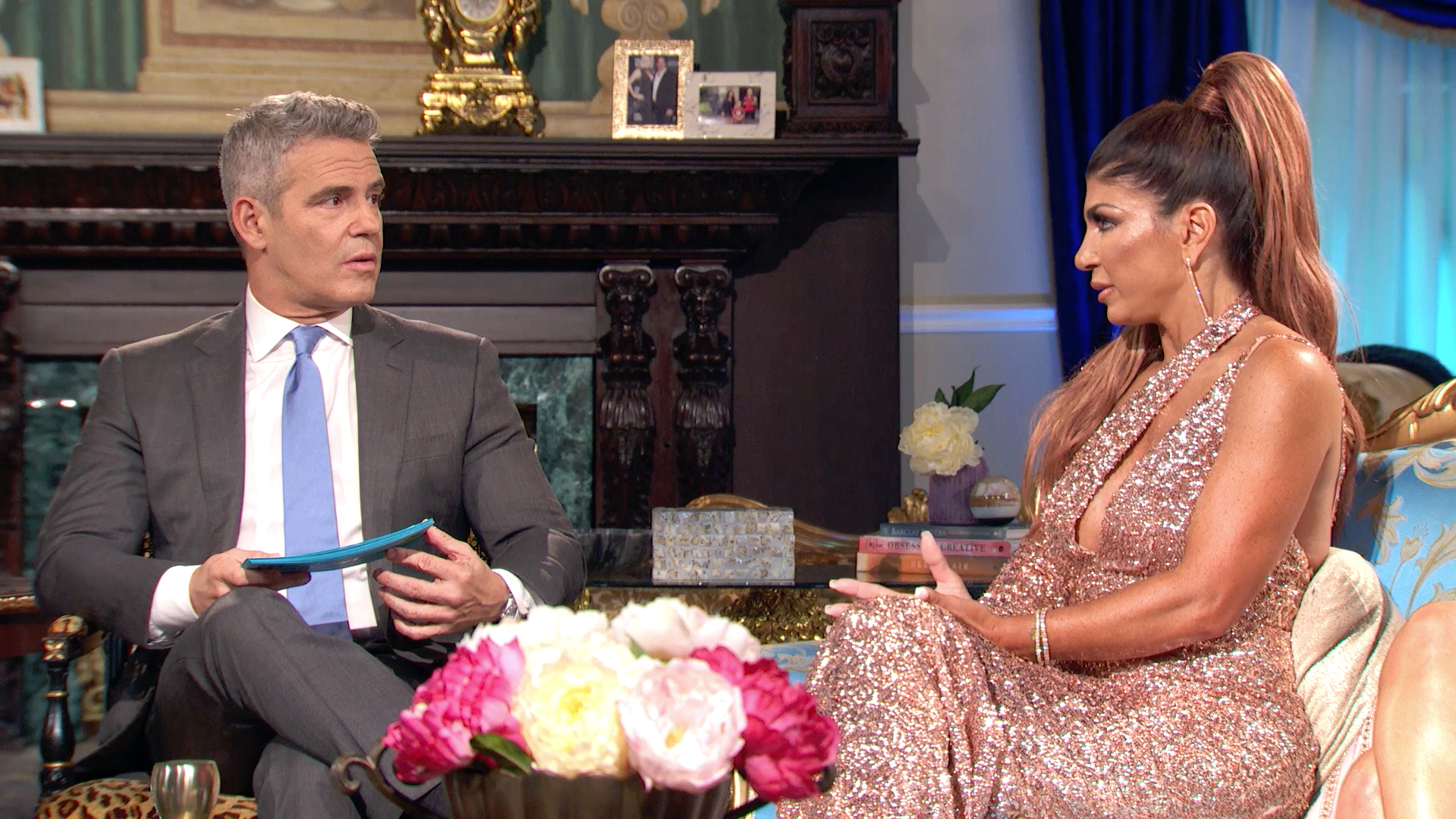 In Season 9 of The Real Housewives of New Jersey, the ladies presented Teresa Giudice with a custom necklace that read "strong." And even though Teresa's good friend Jennifer Aydin didn't agree with the choice of jeweler (catch up here), she certainly agrees with the message written on the glittering gift.

As Teresa waits to hear what's next for her husband Joe Giudice in his ongoing immigration and deportation case, Jennifer called the mom of four her "hero." Speaking to Us Weekly at the recent Envy by Melissa Gorga fashion show, Jennifer had this to say about her friend: "She’s still putting on a brave face and still being the best mom she can be, being the best wife that she could be under the circumstances, being a daughter to her father, being a sister to her brother."

Jennifer added: "Anybody else could’ve broken down so easy, and she’s still paying the bills, she’s still working, she’s going on appearances. People think she’s gallivanting all around doing vacations — she’s not! She’s not. She’s working. She’s putting food on the table for her children — that’s what a mama bear does."

Indeed, it's hard to miss Teresa's fierce devotion to her daughters. Even as her family goes through trying times, the former bodybuilder has been her daughters' biggest cheerleader. She's supported Milania's interest in music, showed up for every one of Audriana's dance competitions, and cheered Gia on as she got admitted to Rutgers University.

Meanwhile, Joe's case remains in limbo. After pleading guilty to mail, wire, and bankruptcy fraud charges in 2014, Joe served a 41-month prison sentence. Joe was recently granted a temporary deportation delay in federal court after his legal team filed for a stay last month after his appeal in his case was denied.

How Andy Is Showing His Support for Joe Giudice

How Is Teresa Doing During Joe's Deportation Case Appeal?