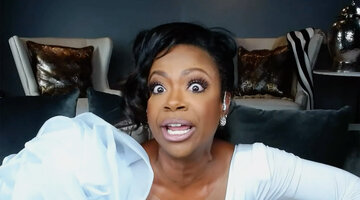 Now Playing
0:31
Preview
Your First Look at Part 2 of The Real Housewives of Atlanta Reunion 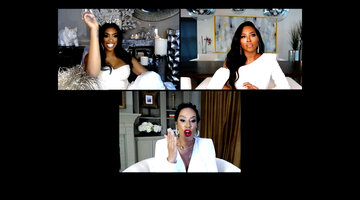 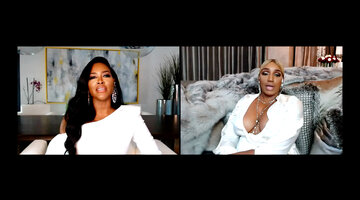 0:44
Preview
Kenya Moore Accuses Gregg Leakes of "Messing Around with the Help"

When Kandi Burruss pops off, she pops off, as we've seen on The Real Housewives of Atlanta over the years. It turns out the Season 12 reunion was one such occasion where she wasn't about to hold anything back.

Given that Kandi has had a pretty calm, cool, and collected season of RHOA, what inspired such a fiery reaction from her, you ask? Well, it was none other than Nene Leakes.

During Part 2 of the RHOA Season 12 reunion, which aired on May 17, host Andy Cohen asked Kandi and Nene about their recent beef that broke out on social media. Kandi asked Nene who she was talking about when she appeared to be throwing shade in a video she posted on her YouTube channel. "I don't have to answer to you," Nene told Kandi, to which she replied, "If you don't want to answer the question, you are not the one keeping it real, Miss 'I Keep It Real' Leakes."

Nene then said that if she was talking about Kandi, she wouldn't have done so behind her back. "First of all, if I got something to say, I will say it to your face," Nene said. "Who are you to run from?"

Kandi pointed out that she and Nene "got along all season" and that she didn't have any problems with her. "I was the main one trying to be cool and help you get along with other people," Kandi noted.

Andy agreed, expressing confusion over why the two seem to be feuding now. "I'm trying to get to the bottom of what is going on between the two of you," he said at the reunion. "Can either of you explain how this started, because it seemed that you were getting along well this season?"

"I texted Kandi and told her it had nothing to do with her. She still went to the next level with it," Nene explained. "I've never been the type of girl to back down from nobody, OK? So if I wanted to talk about Miss Boring, I would have talked about her."

Things really started to get intense when Nene said "girl, bye" to Kandi. "'Bye, bitch!' That's all you can say is 'bye,'" Kandi clapped back. "But you can't stop seeing me, bitch, because I'm everywhere, bitch. I'm everywhere, and you're gonna continue to see me. You been knowing me since before I got here, bitch. You been singing my songs, bitch. I got you over here singing my songs."

Nene then called Kandi "forgettable." "You could host the Grammys tomorrow, they will forget about you and your outfit," she said. "Nobody cares!"

Nene gave Kandi one final "bye, girl" before calling everyone "such haters."

Part 2 of the reunion ended with Nene turning her camera away and exiting the room. We can't wait to see what the next part brings.

Check out what you didn't see from the RHOA Season 12 reunion, below.

Kandi Burruss Is Ready to Get "Petty" with Nene Leakes