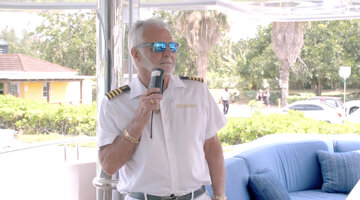 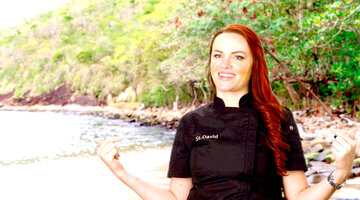 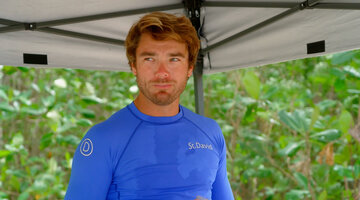 Kate Chastain may not be a part of Below Deck's Season 8 crew, having announced her departure from the series in February, but the former chief stew is able to provide some insight into one of the yachties we'll be meeting for the first time when the new season premieres on Monday, November 2 at 9/8c.

It just so happens that Kate once worked on a yacht with Below Deck's new chef Rachel Hargrove, the former chief stew revealed during an Instagram Live chat with WALT Wines on October 13. In fact, Kate and Rachel watched Season 1 of Below Deck together when it originally aired in 2013 while they were working on a yacht together.

Although Kate still has a lot of love for Ben Robinson, with whom she worked alongside in several seasons of Below Deck, she admitted that Rachel is now one of her favorite chefs from the series. "She is so intelligent," Kate said of the new chef. "You guys are gonna love her. She's hilarious, extremely talented."

Of course, Rachel isn't the only member of the Below Deck Season 8 crew with whom Kate has worked in the past. Kate has previously worked with Captain Lee Rosbach, who has been there from the beginning of the series, since she joined the crew in Season 2. She also worked with Eddie Lucas, who returns as bosun in the new season, in Seasons 2 and 3.

Want more Below Deck? Watch the series in full on the Bravo app.

We Have an Update on Captain Lee and Kate's Friendship

Andy's Jaw Drops at Below Deck Spoilers from Captain Lee