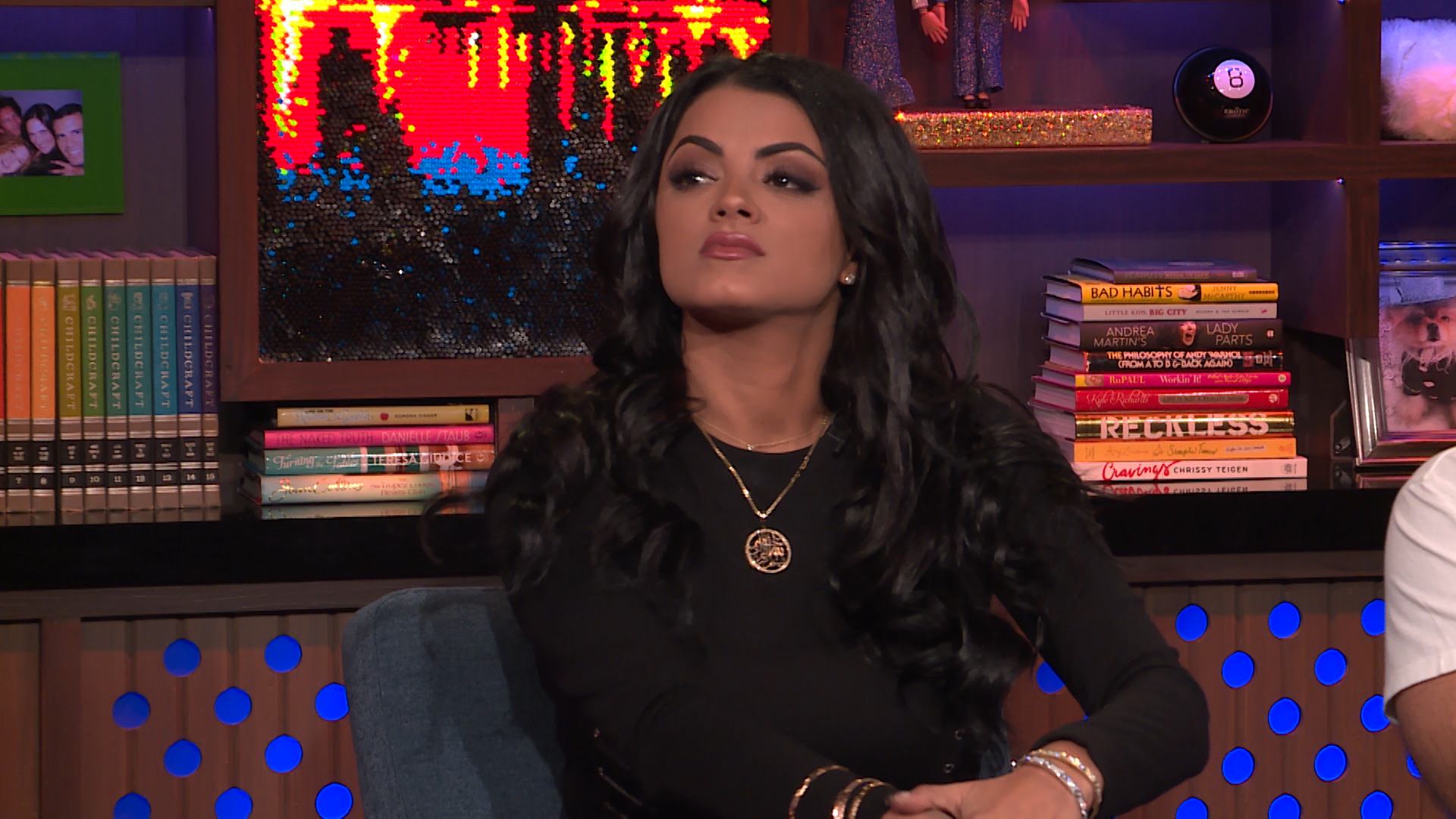 If there's been one constant in the six seasons of Shahs of Sunset, it's that Golnesa "GG" Gharachedaghi and her sister Leila Gharache just don't seem to get along.

That was especially the case earlier this season when the siblings clashed at Thanksgiving dinner. Though GG and Leila ended the holiday on good terms, the Shahs pal didn't seem too happy to talk about her sister when one fan asked for the story behind their longheld beef on Watch What Happens Live with Andy Cohen Sunday night.

So GG's fellow WWHL guest Shervin Roohparvar stepped in to explain the real source of their feud. And his response in the video above should clear up the mystery for you.

GG expressed a similar sentiment about her sister when The Daily Dish caught up with her in September. When asked if GG had anything to say about her Thanksgiving drama with Leila prior to the episode airing, she said, "There's nothing really to talk about. I mean, it's like talking about the dirt on the ground. We all know dirt is dirt. It's always gonna be there. Just don't step on it because it's gonna get you dirty. So I have nothing to f---ing say about dirt."

Mercedes "MJ" Javid, who tried to keep the peace during the sisters' Thanksgiving blowup, gave an update on where GG and Leila stand today during the Shahs After Show. "They haven't spoken at all since Thanksgiving, barely. Leila didn't even know that GG got a divorce. I swear on my life," she said. "It's f---ed up, but she didn't."

Watch GG go in-depth on her latest family drama, below.

Digital Original
Shahs After Show: The Return of Lochnesa

GG Hooked up with These 2 Bravolebs?!

What Prompted Mike to Call GG an "Evil Woman"