Sign Up for Free to View
Start Watching the Southern Hospitality Premiere Now! 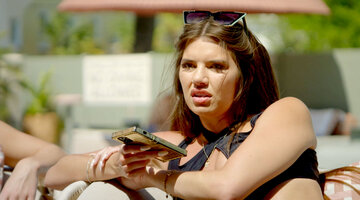 0:57
Preview
Leva Bonaparte Is Not Happy with Grace Lilly 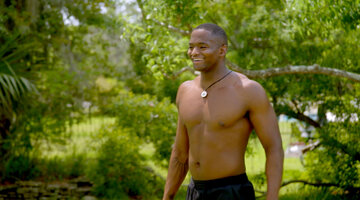 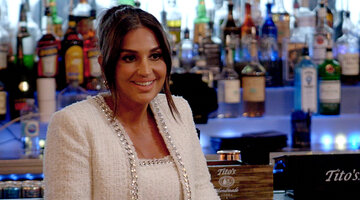 While dating duo Emmy Sharrett and Will Kulp are currently the golden couple at Republic Garden & Lounge, another pair could soon be stealing the spotlight on Southern Hospitality.

During the series debut, VIP hosts Maddi Reese and Joe Bradley discussed their close friendship and how well they work together to sell out tables at the nightclub. The latter cast member thought there had been, at one point, a “glimmer of something” between him and Maddi, but he “never told” her about his feelings. Maddi also shared separately in an interview that Joe “never made a move,” but that it would be “easy and convenient and nice to be in a relationship” with him.

On the November 28 episode of Watch What Happens Live with Andy Cohen, Republic matriarch Leva Bonaparte and Below Deck’s Captain Lee Rosbach spent time in the hot seats as the main guests, while Maddi and VIP host Mikel Simmons channeled fellow cast members TJ Dinch and Will Kulp by working behind the bar.

Host Andy Cohen polled the audience about all things Southern Hospitality, including a question about whether Joe could “successfully shoot his shot with Maddi this season.”

While 75 percent of the voters did not think Joe would attempt to get out of the friend zone with Maddi, the DJ herself shared that Joe was someone who had intrigued her. Andy asked the guest bartender if Joe was ever “of interest” to her.

“Yeah,” Maddi responded. “Yeah.” However, as Southern Hospitality fans already know, Maddi is reconnecting with her ex, Trevor, on the debut season (much to Joe’s dismay).

Later in the WWHL episode, during a game of “1, 2, Agree or Disagree,” Andy posed statements about what the bosses would allow in their respective workplaces.

“As long as it doesn’t disrupt the customers, it is totally fine for employees to hook up at the workplace,” Andy said.

Both Captain Lee and Leva selected “disagree” as their response. Could this be a bad omen for Maddi and Joe?

Watch the Southern Hospitality premiere on Bravo on Monday, November 28, at 9/8c and the next day on Peacock and the Bravo app.

Life is better as an Insider
Bravo Insider is your VIP pass to never-before-seen content, exclusive giveaways, and so much more!
Sign Up for Free
All Posts About
Andy Cohen
Joe Bradley
Leva Bonaparte
Maddi Reese
Southern Hospitality
Related

Maddi Reese Is a VIP Manager and DJ at Republic

Joe Bradley Is a Host with Big Dreams on Southern Hospitality