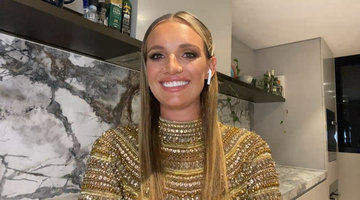 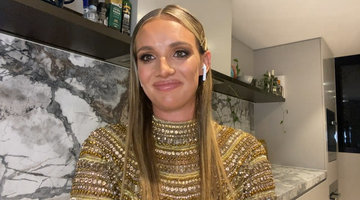 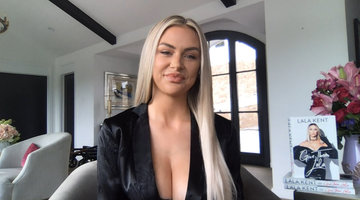 0:58
Show Highlight
Lala Kent on Being Financially Secure With or Without a Man

Lala Kent is getting candid about what feels "bRand New" about her personal life.

The Vanderpump Rules cast member chatted with Real Housewives of Orange County alum Meghan King on the November 23 episode of the Intimate Knowledge with Meghan King podcast about her recent four-year sobriety milestone (she commemorated the anniversary on Instagram on October 22), and the latest in her romantic life.

While Lala's four-year sobriety is the achievement she's the proudest of, she admitted that it made things a bit challenging at first for her when she got back in the dating world. The beauty brand founder split from ex-fiancé Randall Emmett (who is the father of her daughter, Ocean Kent Emmett) in 2021.

"I was so terrified to have sex sober, because I had never done it before," Lala explained to Meghan. "I got into a relationship when I was in my alcoholism, and then I got sober with this person, so I was already comfortable. But, as far as being out there in the world sexually, with nothing to numb what's happening — you don't want to be numb, but at least you've got some liquid courage — I don't have that."

Lala said that she ended up getting over her fear when she started seeing Don Lopez in the summer. On an episode of Jeff Lewis Live, the Vanderpump Rules cast member said that she was having "a lot of fun in the bedroom" with Don, but that she got a lot of DMs from people saying "certain things" after she posted a "thirst trap" of him on her Instagram Story.

Though she ended up cutting off her connection to Don, she said "never say never" about the prospect of reconciling with him.

However, for now, Lala is putting herself first.

"As cheesy as it sounds, I'm choosing me in every single situation that I go into," the Give Them Lala author concluded. "I just don't have the time to think about anybody else's feelings... I just can't handle that."

Life is better as an Insider
Bravo Insider is your VIP pass to never-before-seen content, exclusive giveaways, and so much more!
Sign Up for Free
All Posts About
Lala Kent
Meghan King Edmonds
Vanderpump Rules
Related

Lala and Meghan Both Do *This* Before Dating Someone New