It's been almost one week since Vicki Gunvalson accidentally exposed her breasts in a now-deleted photo on her Instagram account. The Real Housewives of Orange County star had shared a picture online December 11 that showed a pair of Beats headphones (sent to her as a holiday gift by Bravo)—as well as her breasts, which were reflected in the package's cellophane.

Almost immediately, she deleted the photo—but the damage was done, and the incident became a tabloid sensation. Vicki apologized for the snafu: "I'm a human being and we make mistakes," she wrote on Facebook. "I wanted to shout out to Bravo for my Beats while blow drying my hair and getting ready for work, I clearly couldn't see the reflection when I posted the image on Instagram. I apologize to anyone that saw that picture and am deeply embarrassed." 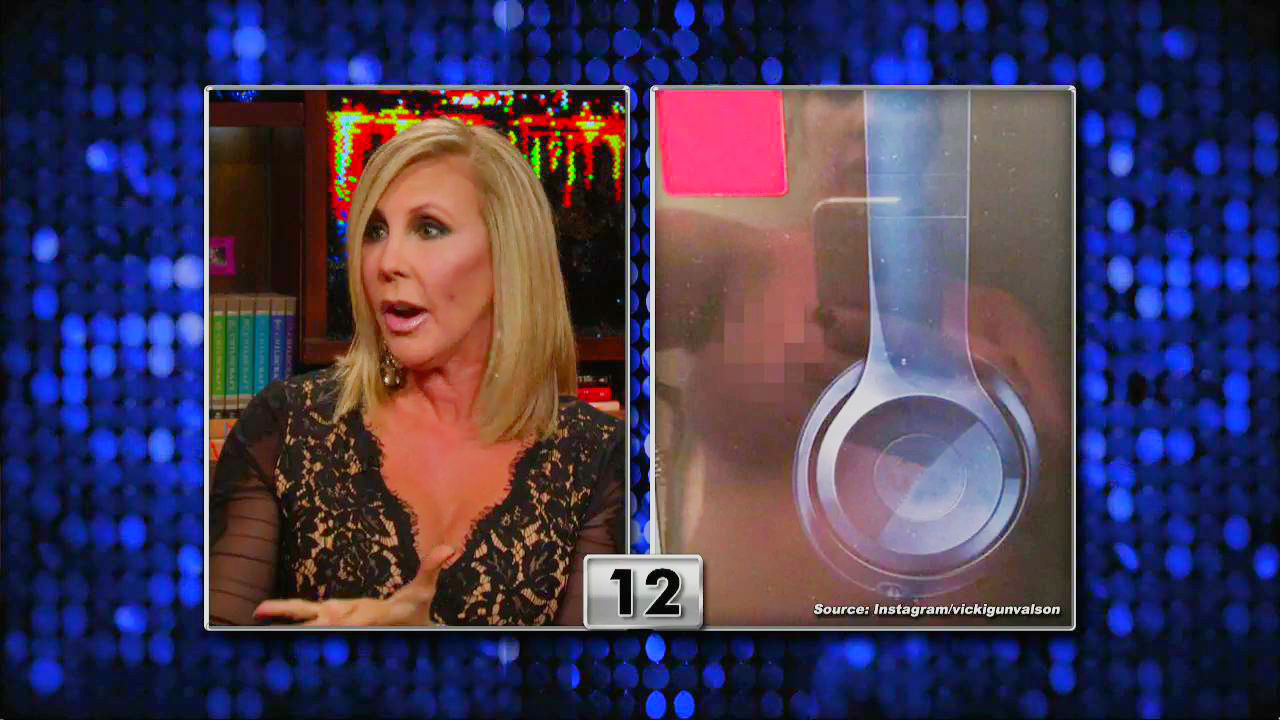 So what really went down with Instagram-gate? Vicki was on Watch What Happens Live Tuesday night and explained the situation: "So I was getting out of the shower, I had my wrap on, I was going to the bedroom to get my bra and my cute little panties on and I saw my headphones sitting there and I thought I might as well thank Andy and Bravo," she said. "I took a picture of them. And I didn't know my reflection was going to go off the cellophane and Instagrammed them out, without my glasses on."

They're beautiful, they're perky, they're gorgeous!

Vicki Gunvalson on her breasts

Vicki, who says she was tipped off to her mistake from Kara Keough (the daughter of former RHOC star Jeana Keough), added that she stayed off social media for two days. That may explain why she missed Tamra Judge's hilarious response. She shared an Instagram photo on December 11.

Getting ready to try out my new Beats from Bravo. They really "picked" a great present this year. #BRAVO

Despite her embarrassment, Vicki is proud of her body. "They're beautiful," she says of her assets. "They're 52, they're perky, they're gorgeous!"

Was Vicki Gunvalson Forced to Film With Brooks Ayers?