Sign Up for Free to View
Taking on Stassi 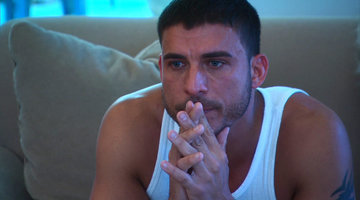 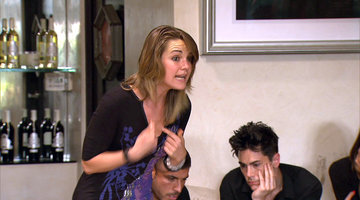 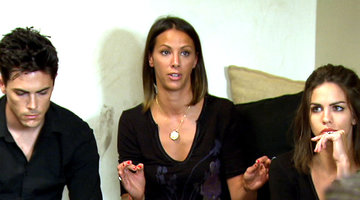 Laura-Leigh may have only appeared in one season of Vanderpump Rules, but the then-SURver was no less impactful for fans, giving us some of the most iconic moments of the series that still endure to this day. Who could forget the time Lisa Vanderpump busted Laura-Leigh and Jax Taylor for hooking up on the job or when the couple's whirlwind romance came to a crashing halt during one of the most awkward breakups in Bravo history?

Since we're all feeling a bit nostalgic these days, which has only been intensified by Bravo's throwback marathons, including one of Season 1 of Vanderpump Rules on April 21, we decided to see what Laura-Leigh is up to today.

Perusing her Instagram, we immediately noticed that Laura-Leigh hasn't changed one bit in all the years since she appeared on Vanderpump Rules. She looks just as she did when she donned that SUR uniform.

Monday’s full of maybe’s. #grateful #possibilities The unknown has always birthed hope in me. #remindertoself

These days, it looks like Laura-Leigh also has an adorable doggy companion named Halo.

#grateful this one rescued me. #bettertogether #thankful #gooblegooble #nyc

She even sounds the same, as you can see the below video of the Vanderpump Rules alum playing in the snow.

Sometimes, Laura-Leigh looks back on her time on Vanderpump Rules.

After leaving SUR to film a movie with Jennifer Aniston, which turned out to be the 2013 comedy We're the Millers, Laura-Leigh continued acting, appearing in short and feature-length films, including the 2018 thriller Under the Silver Lake starring Andrew Garfield, according to her IMDb page. Her most recent gig was a role in an episode of Blue Bloods in 2019.

Jax even had some kind words to say about his ex and her acting career on Twitter in March 2019. "She’s an amazing actress just had a lot of other things in her life that needed to be worked out," he defended Laura-Leigh after a fan criticized her on Twitter. "They don’t let just anyone in [Julliard]."

Jax Taylor Has Some Shocking Thoughts on Ex Laura-Leigh Today

Take a look at Vanderpump Rules' future with the below sneak peek of the next episode.

Stassi Schroeder Makes Beau Clark Choose Between Her or Kristen Doute
Life is better as an Insider
Bravo Insider is your VIP pass to never-before-seen content, exclusive giveaways, and so much more!
Sign Up for Free
All Posts About
Jax Taylor
Lisa Vanderpump
Vanderpump Rules
Life After Bravo
Bravo Relationships
Jennifer Aniston
Laura-Leigh
Related

Stassi Schroeder Says Fans Got This Wrong About Her