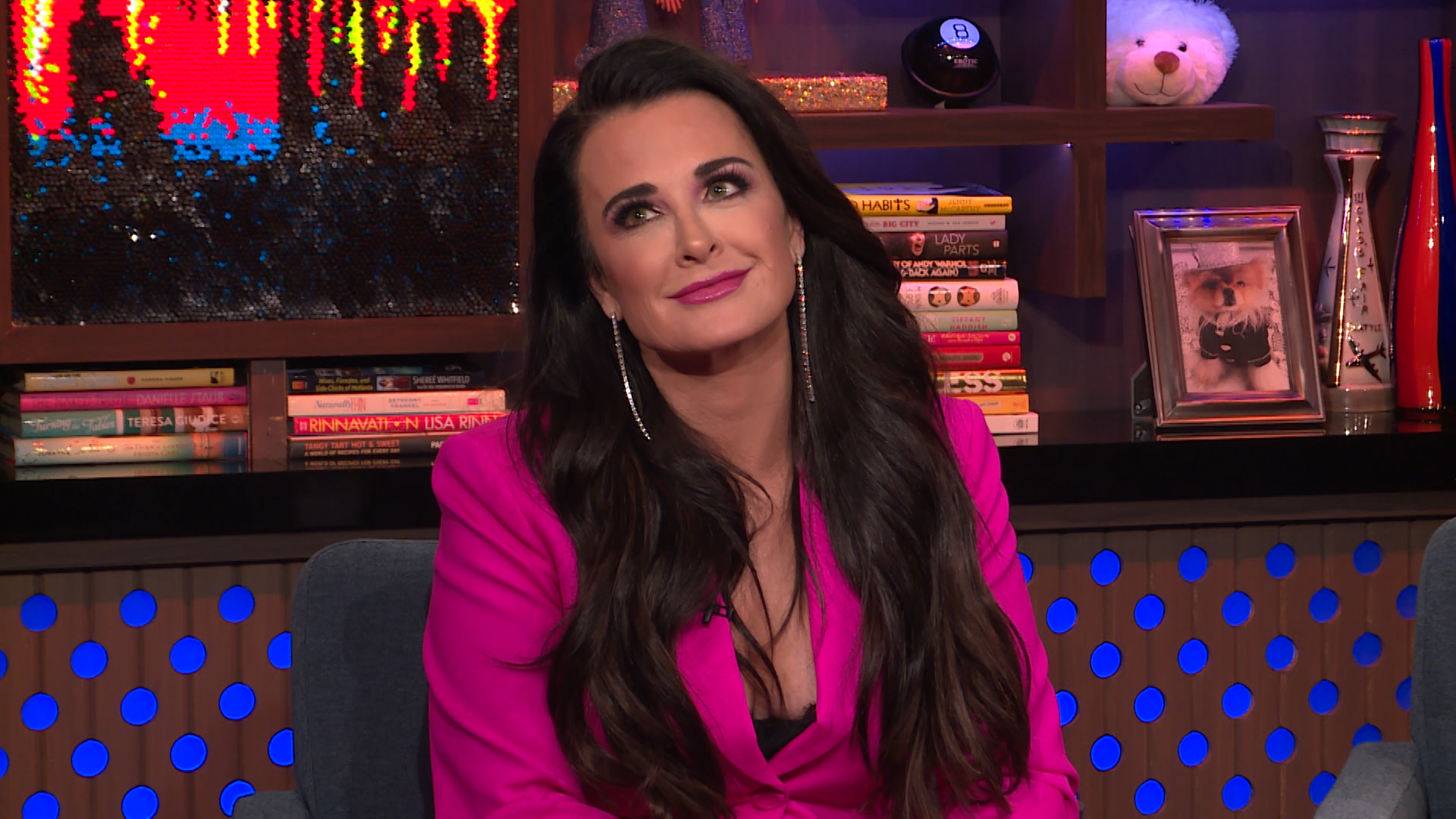 Kylie Jenner just feted one year of motherhood with an over-the-top cake and carnival-food menu at daughter Stormi Webster's extravagant first birthday party. But no — you guessed it — that's not the kind of diet she turned to when she wanted to shed pounds following her baby's delivery.

To lose the last bit of weight she gained during her pregnancy, the billionaire makeup mogul cut out some of the foods she enjoys. It might not surprise you that carb-filled indulgences were among those, but Kylie also explained that banishing dairy was an important part of the equation in her results.

In an Instagram Live session, Kylie told her followers, "I really eat very crazy usually. Like whatever I want." (Must be nice!)

Kyle Richards on Her Diet at Age 50: “I Have Always Struggled With My Weight”

She said she loved, "pizza, pasta, a lot of dairy," but those were getting in the way of results. So, "I just kind of cut all of that out and have just been eating better. And I feel like that’s the trick for me, personally."

Like RHOC's Tamra Judge, who recently revealed similar personal experience on Instagram, Kylie noted, "'It’s all about diet for me," versus exercise or other factors. She noted, "I'm naturally just a really skinny person. But not like Kendall. She’s naturally, like model status." (FWIW, Kyle Richards has had a very different experience from Kylie.)

Kylie Jenner Reveals What Was Her No. 1 Craving During Pregnancy: "Literally... the Best Thing!"

She continued, "But yeah, I’ve always had a really flat stomach but I never felt like it went back to what it was before Stormi until recently, and I feel like it has a lot to do with diet."

Here are other celebs' go-to methods for shedding weight fast: