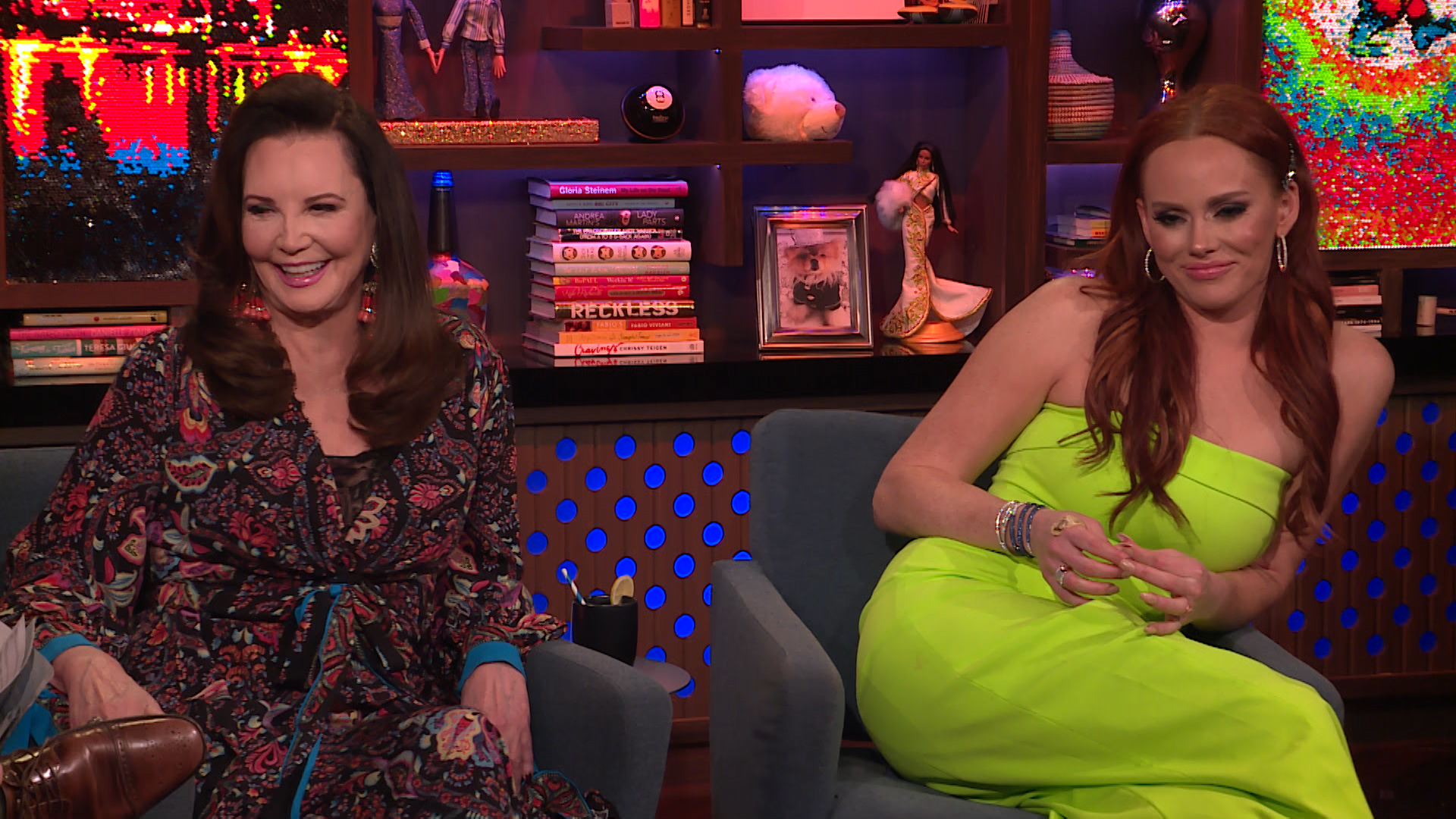 What happens in the green room at Watch What Happens Live With Andy Cohen turns out to be very sweet indeed. It's no secret that the guests on Andy Cohen's show like to sip while they dish, but they're also treated to some adorable, sugary snacks backstage — and those nibbles have a highly personalized spin.

The treats are pretty Instagram-worthy, we must admit, which is why celebs love to share them on social — and Patricia Altschul is the latest guest who couldn't resist giving her followers a peek at the delightful treats. When she appeared in the Clubhouse with Kathryn Dennis on May 15, the society doyenne shared a snippet of her backstage experience.

Panning over a carton of teeny cupcakes from Spots NYC, Patricia said: "These are so cute!" In alternating flavors of chocolate and vanilla, a couple of the treats were topped with edible images of Patricia herself, while another one bore the WWHL logo. So, could the caftan queen bear to bite into her own face?

Alas, "They’re too cute to eat," Patricia concluded. Later, when a fan asked if she had caved, the Southern Charm matriarch responded: "Not yet ... maybe I can freeze them."

These are tiny little cupcakes that were in the green room at @bravowwhl .... they’re too cute to eat. Thank you @bravotv #southerncharm

Even if she didn't ultimately bite into the mini cupcakes, we do know a few things that Patricia has a tougher time resisting: Rumor has it that Sees candies, Krispie Kreme donuts, and candy corn are her "kryptonite."

Meanwhile, for something a little more salty than sweet, watch the clip above to see how Patricia feels about Ashley Jacobs now. Can she get a "Girl, Bye" cupcake?

Pat Altschul Named Among the “Best Party Hosts” in America

Why Pat Altschul Has a Martini *Before* a Party