Candiace Dillard: Ashley Is a Fraud 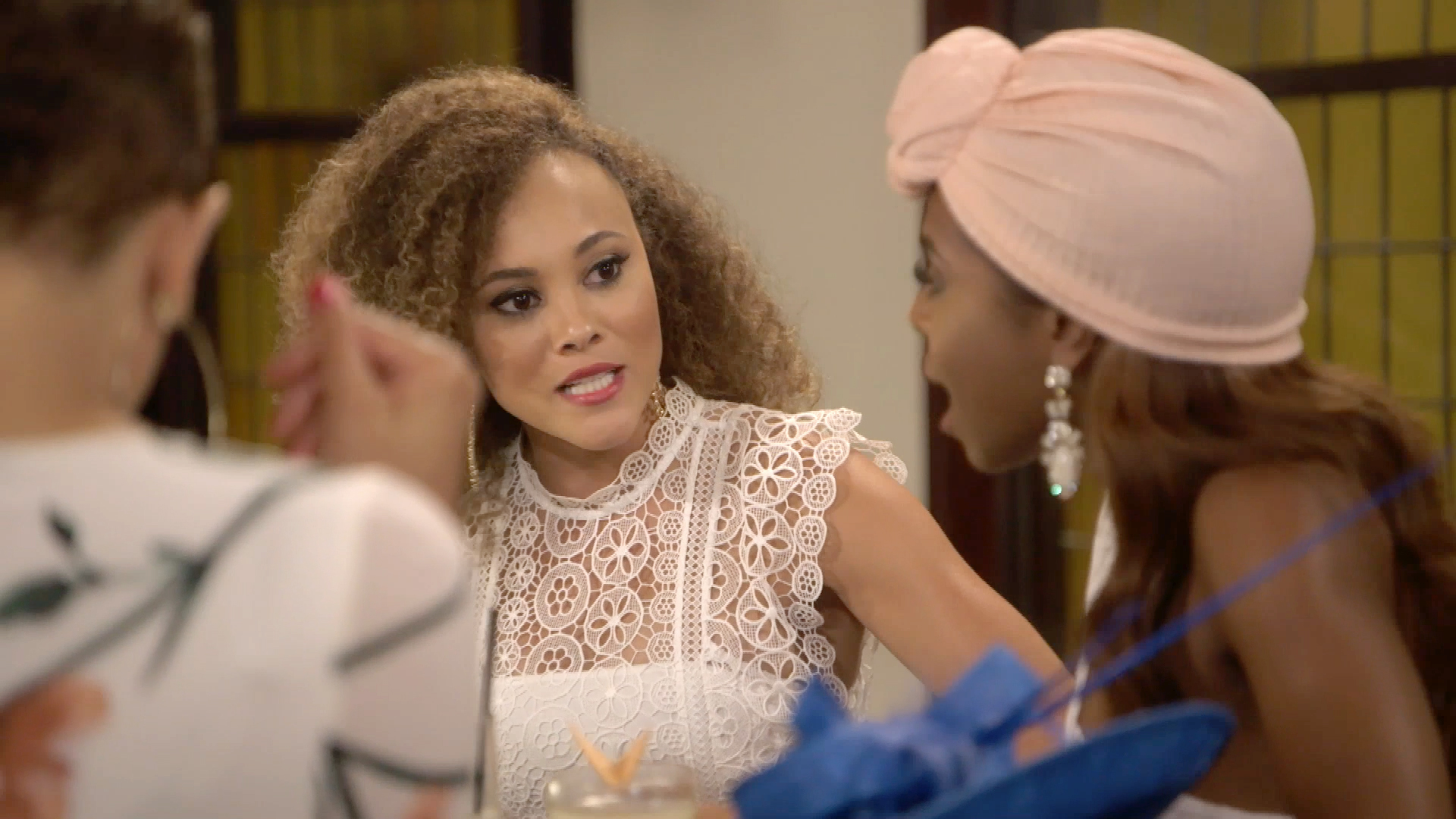 Bravotv.com: How did it feel going to Dooky Chase's and sharing that experience with Gizelle?

Candiace Dillard: As a Black woman who was raised by and around other strong, powerful, enterprising, educated Black women, I absolutely reveled in the moments I was able to sit in the presence of other like-minded, incredible women of color. I felt like I was in class and every word that passed through Mayor Cantrell’s and Mrs. Chase’s lips was a lesson. It was so surreal, I almost felt unworthy of the privilege of bearing witness to so much HERstory (history). To be sitting with the first Black, female mayor in the city’s 300 year history; inside an establishment that served as a staple and saving grace for Black people during our Civil Rights Era; with the woman whose legacy made much of said grace possible — and whose cuisine is effortlessly and mouthwateringly delicious — I am all too enamored and grateful and emotional and emboldened for having been made privy to such an experience.

And all of that — a memory I will share with Gizelle. It makes me respect her more to know that SHE knows and respects and reveres such exceptional women and history as this.

Bravotv.com: You apologized to Ashley at Gizelle’s father’s birthday celebration, but then she told you it was going to take some time for her to get over it. Why do you think that upset you as much as it did?

CD: I was more upset with myself for wasting my time and allowing precious moments of my life to be depleted by such insignificance. Simply put, Ashley is a fraud. She has shown herself to be as capricious as the wind in a hurricane. She who is void of foundation will stand for and on anything and that is what I am learning about who I am dealing with. With no real morals or value system, anything is up for grabs, including the respect, dignity and sanity of those she calls friends (or “fruh’s”). Ashley isn’t taking my marbles with her to whatever part of the loony bin she retreats to and it is far beneath me to take anything she says after the night of Gizelle’s father’s party as more than the chattering of a hypocritical, lost clown. 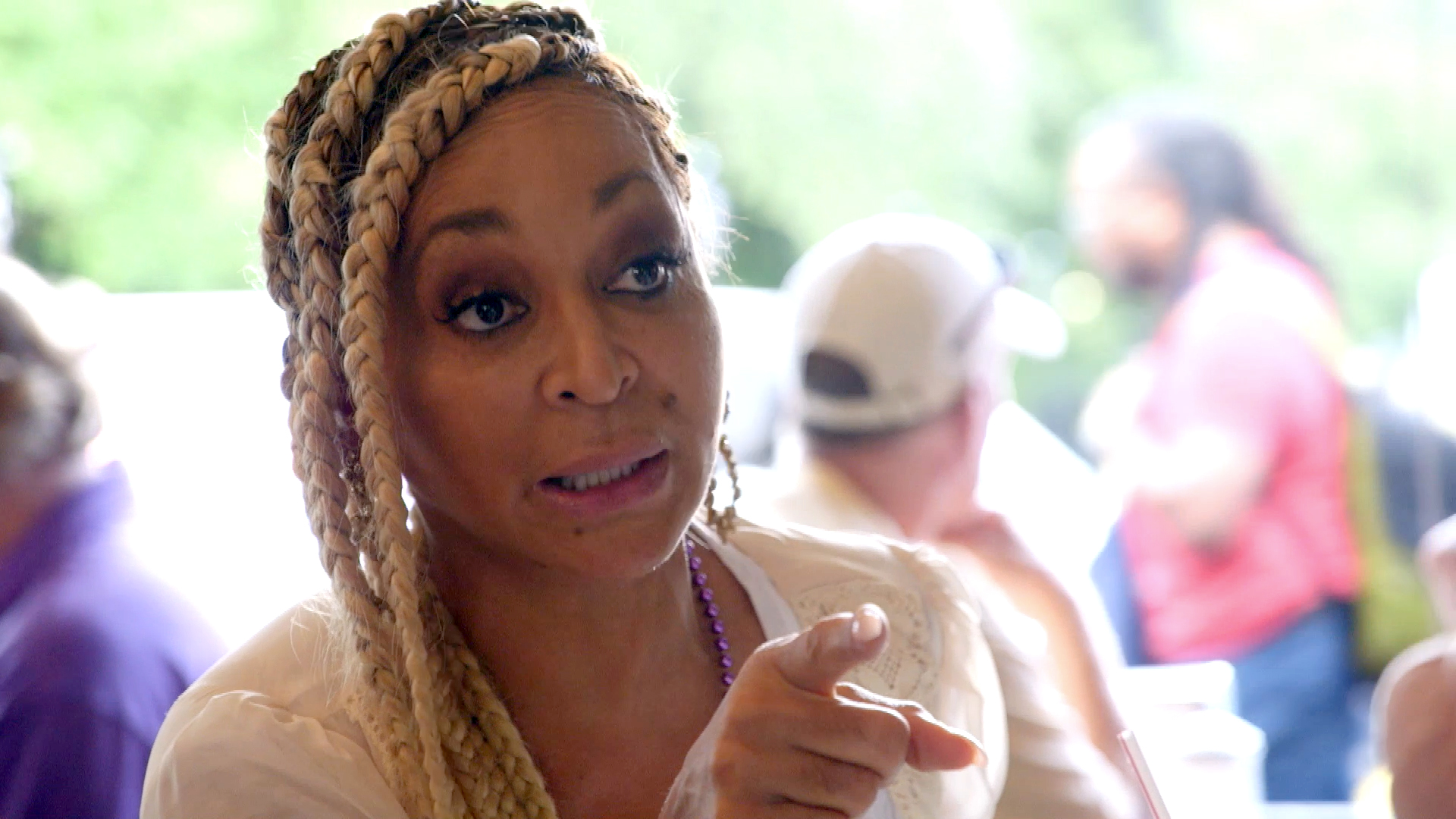 Bravotv.com: What’s your take on Gizelle and Karen’s argument at Cafe Du Monde?

CD: I’m rolling my eyes! Why do we love to fuss in public places? We have to do better, saints. I think Gizelle was really in her feelings about Karen continuing to ask about Sherman. Do I think Karen was intentionally and inconspicuously pushing Gizelle’s buttons? Yes (lol). It ain’t right, but I can’t say I didn’t chuckle at the Karma taking place. Gizelle depleted full and complete minutes from the end of her life ironing letters onto a t-shirt making fun of her friend’s financial woes (among other indiscretions)...can we really blame Karen?

I want them to get alllll of their feelings out once and for all so they can hit the reset button and prayerfully, move on. I know Rome wasn’t built in a day but right about now, I’m wishing it had been.

Ashley Darby: Nothing About Candiace’s Reactions Make Sense to Me

Candiace Dillard: The Girl Is Contradicting Her Damn Self