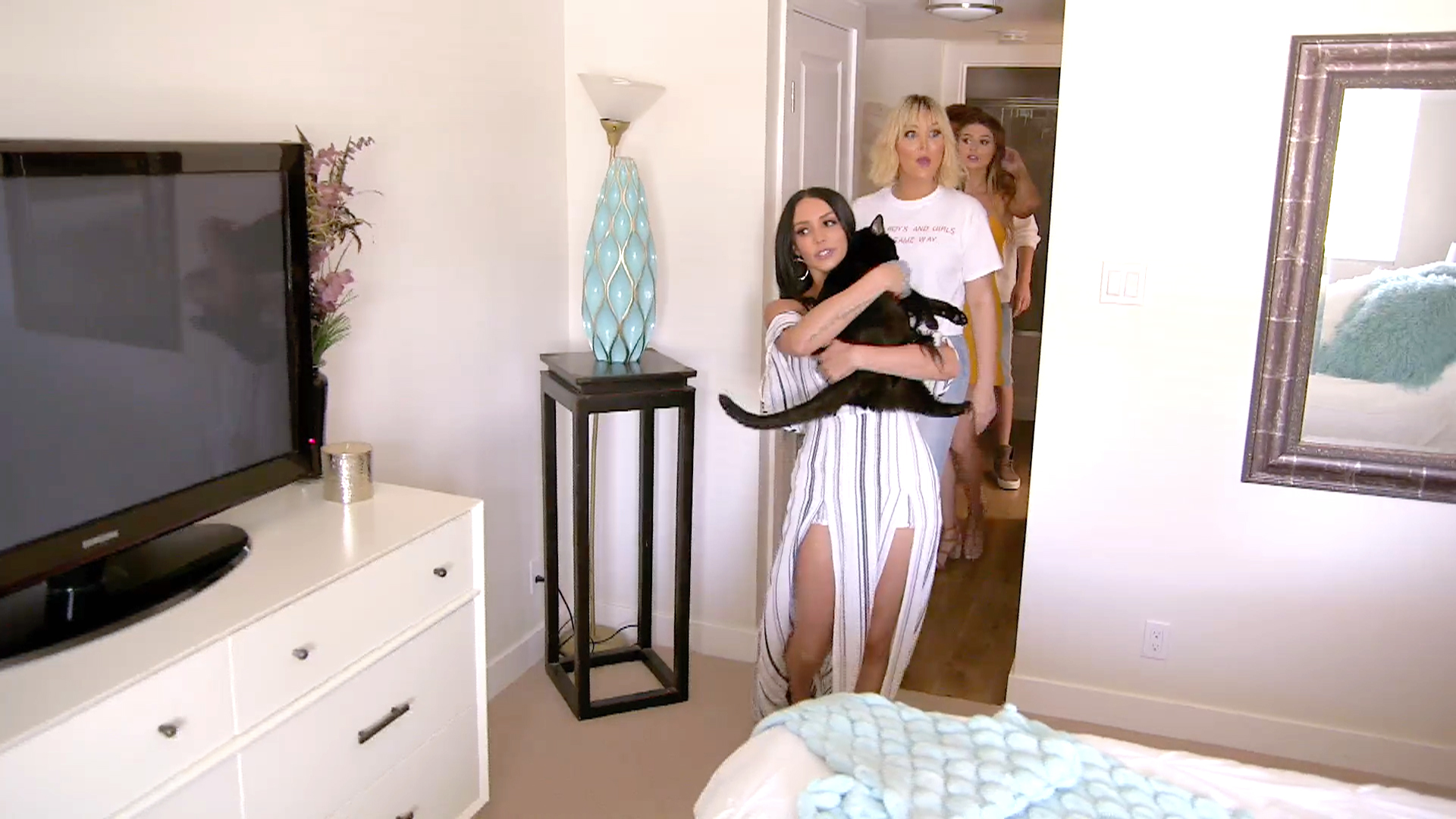 As viewers will see on the next episode of Vanderpump Rules, some of Scheana Shay's on-again, off-again friends have declared that her new apartment, located on the waterfront in Marina Del Rey, is "geographically undesirable." Scheana's pad is only about 10 miles away from SUR in West Hollywood, but notoriously slow traffic all over Los Angeles means it can easily take more than an hour to travel between the two areas, making them feel like they're worlds apart.

But for Scheana, "Westside is the best side!" as she exclaims, and we understand why. When Scheana's guests first walk in, they're greeted with the sight of beachside art on the walls of her living room and an open kitchen ready for entertaining. She explained that her mom and friend Adam helped her move in and make the apartment feel like home.

Scheana thinks the commute is more than worth it, and after seeing glimpses of the place she now calls home, we totally get it!

Scheana is now just steps from sailing away on the water.

Her guest bedroom doubles as a glam room for her makeup and an impressive collection of sunglasses.

Scheana is still a fan of big, cozy pillows and stuffed animal company.

Scheana used to always complain about eating meals on her living room couch, but we have a feeling she's now enjoying moonlit dinners on her new outdoor couch that overlooks a boat-laden marina rivaling that of the one in Dirty John! Traffic, what traffic?

Watch the above video for more of Scheana's new place, and catch Vanderpump Rules on Monday at 9/8c.

Lisa Vanderpump Reveals What No One Knows About Villa Rosa