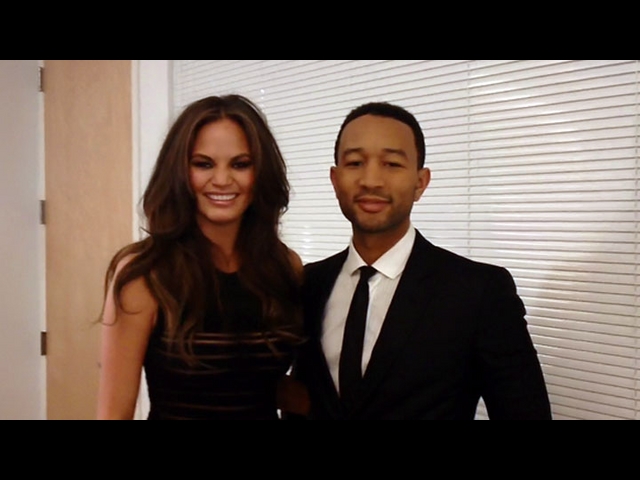 Some celebs (we're looking at you, Lala Kent!) are loud and proud about the cosmetic procedures they've had done. But so far, Chrissy Teigen has been pretty mum on that topic. So, we have to assume she's working what her mama gave her. Well, except for those chiseled armpits.

I CANNOT WAIT FOR YOU ALL TO TRY MY NEW GLOW PALETTE!!! Every time I use it, I cannot believe it's actually mine. It's perfection. Be sure to follow @BECCAcosmetics for all the details! #BECCAxCHRISSY #BECCAPartner

When the outspoken mom sat down with Refinery29 to chat about her new makeup palette with Becca Cosmetics, she didn't only stick to the topic at hand. And, if you're looking for Chrissy to push her cosmetics on you, you've got the wrong salesperson. "As long as you wear thigh-highs, no one cares about your makeup," she said.

Adela King Designs Boots That Will Make Your Husband Insecure

But they may care about your armpits—so Chrissy had one of hers sucked out. That's right: "I had an armpit sucked out, which was one of the best things," Chrissy told Refinery. "It's a big secret, but I don't care. It was nine years ago or so. And I had two inches to my armpit. Now it's back though, so now I've gotta pay for [liposuction] again."

Chrissy said that the procedure helped her feel better in dresses. And though it was the "dumbest, stupidest thing" she's ever done, she'd do it again in a heartbeat. And above it all, she has no regrets. Isn't that our girl?