Sign Up for Free to View
After Show: The MDLLA Cast on Netflix’s ‘Selling Sunset’ 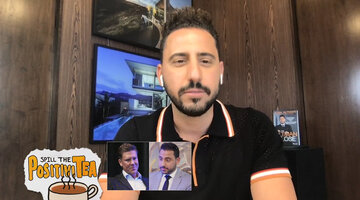 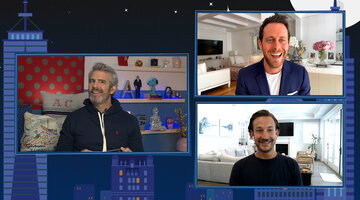 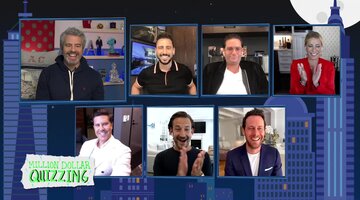 As James Harris continues to break records and reach new levels of success in his real estate business, the Million Dollar Listing Los Angeles agent is reflecting on the valuable lessons he has learned from his mentor Mauricio Umansky.

"No matter how much he has going on, how many meetings, listings, deals he's working, when you're in the room with him, you feel like that's the only thing he's working on," James said in the Watch What Happens Live With Andy Cohen video above. "He's very focused at that moment, he's dedicated, he has the enthusiasm and the drive to get the deal done."

James, who is a director at Mauricio's luxury real estate firm The Agency, has taken many opportunities to praise the company's CEO and founder over the last several years. "He's a mentor, but he's a friend. We hang out with him," James told BravoTV.com in 2016. "We co-list a ton of deals with him, and he co-lists a ton of deals with us. And you know what, I think we've really learned from him, and we work well together, and he is so competitive the same way that we are, but it's a healthy competitiveness. It's fun."

Mauricio, meanwhile, took a moment to praise one of James' listings last year, a $35.5 million dollar home overlooking the Bel Air Golf Course. When James posted the property to Instagram at the time, Mauricio, who is married to The Real Housewives of Beverly Hills cast member Kyle Richards, commented to give his stamp of approval, writing: "One of the best homes for the price in the city.”

For more from James and the rest of the MDLLA cast members, check out the video above and tune into Million Dollar Listing Los Angeles on Tuesdays at 9/8c!

Life is better as an Insider
Bravo Insider is your VIP pass to never-before-seen content, exclusive giveaways, and so much more!
Sign Up for Free
All Posts About
Home & Design
James Harris
Real Estate
Mauricio Umansky
Related

Ashley Darby Shares What It's Like To Live Alone

Candiace & Sutton Hung Out in Leather and Gucci