Sign Up for Free to View
After Show: The Seriousness of Narcotics on Charter 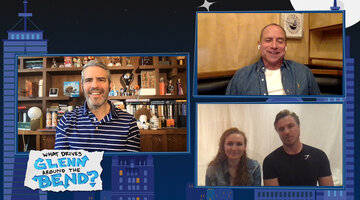 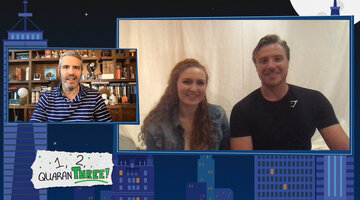 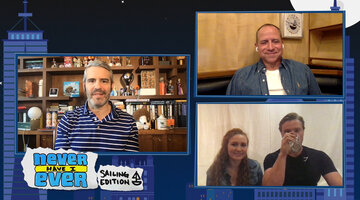 1:58
Show Highlight
Never Have I Ever with the ‘Below Deck Sailing Yacht’ Crew

This season of Below Deck Sailing Yacht is about to get even crazier, if you can believe it. In a sneak peek of what's to come later on this season released in March, Captain Glenn Shephard can be seen telling chief stew Jenna MacGillivray, "I would be very surprised if someone flew to Corfu with cocaine."

The next thing we see is the captain looking through someone's bag. "Is there anything you don't want me to find?" Captain Glenn says in the clip. "What's in here?"

Of course, we all want to know what's about to go down on Below Deck Sailing Yacht. Apparently, the moment is so good, Captain Glenn doesn't want to spoil it.

When asked for a tease of what appears to be a "drug bust" coming up later this season during his April 13 appearance on the Watch What Happens Live with Andy Cohen: @ Home After Show, Captain Glenn replied, "All I can say is tune in and see what happens."

However, Captain Glenn did explain why it's so important to act immediately if the crew has any reason to believe there are illegal substances on board. "Any suspicion of drugs on board is a very serious thing that obviously has to be investigated," he said (clip above). "I could lose my license. The boat could be confiscated. I could go to jail. It's a very serious thing, so yeah, you have to take it seriously."

Captain Lee Rosbach found himself in a similar situation when the crew discovered a substance they suspected to be cocaine in the charter guests' possession after they boarded the Honor in the very first episode of Below Deck ever back in Season 1. The Below Deck boss had no choice but to end the charter early and have the guests disembark the yacht.

"It was a tough situation to be in. On the one hand, we want clients to be happy. On the other hand, I don't want my boat to get boarded by the Coast Guard, and I don't want to go to jail for 25 years," Captain Lee wrote of the experience in his book Running Against the Tide: True Tales from the Stud of the Sea. "I made the decision to kick them off the boat."

What we didn't see during the episode was that Captain Lee also assigned a crew member to make sure the charter guests didn't hide anything on board as they packed all of their stuff up.

"After they'd left, I then told the crew to take the boat apart. I didn't want any hidden stashes left on my boat. If I found any powder I couldn't account for, it was going over the side," Captain Lee recalled. "It was a hell of a lot of work, we didn't find anything, and we lost some clients, but it was more than worth it to get that kind of garbage off my boat."

We'll have to wait and see what drama is coming up for Captain Glenn and the rest of the Parsifal III crew as this season of Below Deck Sailing Yacht continues Mondays at 9/8c. Watch a sneak peek, below.

We Have a Major Update on Sailing Yacht's Paget & Ciara

It Looks Like Bethenny and Teresa’s Beef Has Been Squashed