Sign Up for Free to View
Are Daisy Kelliher and Natasha De Bourg Already Running Into Issues? 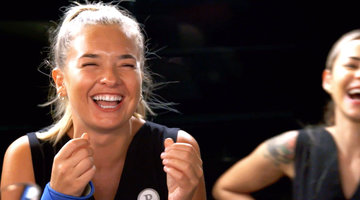 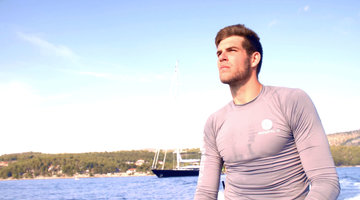 0:44
Preview
What Happened to the Charter Guests?! 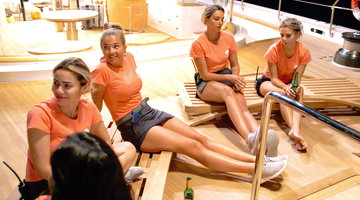 0:53
Preview
Which Yachties are Single and Ready to Mingle?

In yachting, the chief stew and the chef have a very complicated relationship. They each run their own departments, but they also have to work together to provide the charter guests with exceptional service while on board. Sometimes, that doesn't go so smoothly, as we have often seen on Below Deck over the years.

That has especially been the case in the current Season 2 of Below Deck Sailing Yacht with disagreements and miscommunication causing a tense dynamic between chef Natasha De Bourg and chief stew Daisy Kelliher.

However, Natasha assured fans that she doesn't "hate Daisy" during a recent Q&A in her Instagram Story. "She's funny!!!" the chef gushed about the chief stew.

She then went on to explain why she and Daisy have clashed so much so far this charter season, agreeing with a fan that classified them as "both independent bad bitches." "We are both [strongheaded]… We stand for the same things!!!" Natasha wrote before noting, "Maybe just not work related lol."

Natasha reiterated that sentiment while sharing what she likes most about each of her Parsifal III crew members, calling Daisy, "a boss ass bitch" who is "strong minded and independent."

In fact, Natasha said that "being friends with the cast," including Alli Dore, Dani Soares, Sydney Zaruba, and yes, Daisy, was her favorite part of this season of Below Deck Sailing Yacht. She added that there was "no worse" moment this season. "We all learn from our mistakes," Natasha said.

Alli sent some love Natasha's way in her own Instagram Story, sharing a photo of herself with the chef and Dani during the charter season with the caption, "ILYSM [I love you so much]." Natasha returned the favor by sharing the photo in her Instagram Story and captioning it, "Love you girlies most."

Daisy also shared some of Natasha's comments in her Instagram Story, which makes us think that she and the chef finally see eye to eye and some of the tension between them may have thawed since the charter season.

Despite all the drama that we're seeing play out on Below Deck Sailing Yacht, Daisy actually applauded the entire Parsifal III crew for their work this season. "To be honest, the whole crew was pretty strong," she said during an Instagram Live chat in February. "If you took a bit of the drama out, I thought we were a good team, just kind of crazy personalities."

The Yachties Are Upset at the Lack of “Eye Candy” on Board
Life is better as an Insider
Bravo Insider is your VIP pass to never-before-seen content, exclusive giveaways, and so much more!
Sign Up for Free
All Posts About
Alli Dore
Daisy Kelliher
Dani Soares
Natasha De Bourg
Sydney Zaruba
Below Deck Sailing Yacht
Work
Friendship
Related
Below Deck Sailing Yacht