Sign Up for Free to View
After Show: Hindrigo “Kiko” Lorran on Malia White’s ‘Sweetheart’ Complaint 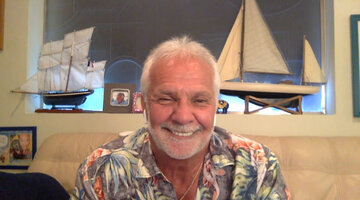 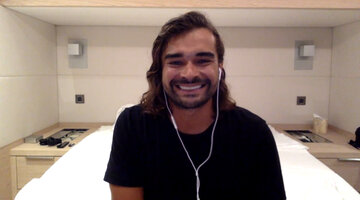 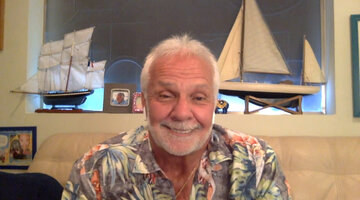 We've seen Tom Checketts lose his cool in the galley this season of Below Deck Mediterranean. So, when Captain Sandy Yawn's Below Deck counterpart, Captain Lee Rosbach, appeared on Watch What Happens Live with Andy Cohen on October 5, one fan wanted to know if he ever experienced such behavior from a chef in all of his years in yachting.

Well, not only has Captain Lee seen something similar play out in the galley of a ship he was at the helm of, but Below Deck fans have also seen it, too. "The biggest one I ever experienced was with Ben [Robinson]. I think it was Season 2," Captain Lee recalled of one intense moment with the chef during the WWHL After Show (clip above). "We were just really having a tough time. He was under a lot of pressure, and things were not going well. I believe we aired every bit of that footage."

Though Captain Lee didn't specify which moment with Ben, we would venture to guess he was referring to Season 2, Episode 10 in which the chef had quite the outburst in the galley after the primary charter guest reduced the tip when it seemed like not all of the food preferences had been taken into account. Bosun Eddie Lucas tried to calm Ben down as the whole crew took note of the commotion coming from the galley.

Captain Lee and Eddie will return in the new season of Below Deck premiering Monday, November 2 at 9/8c. They will be joined by chef Rachel Hargrove, chief stew Francesca Rubi, stews Elizabeth Frankini and Isabelle "Izzy" Wouters, and deckhand James Hough and Shane Coopersmith.

Want more Below Deck? Catch up on the entire series through the Bravo app.

See everything that the Below Deck crew has in store for us in Season 8, below.

Get Your First Look at Below Deck Season 8