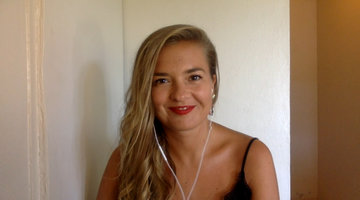 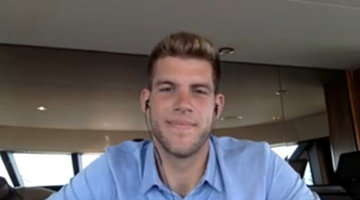 The Below Deck Sailing Yacht crew put in so much effort into giving Barrie's charter group the most unforgettable luxury yacht experience ever, nailing their complicated drink and food orders, putting on a drag show, and even organizing a surprise proposal.

So, when it came time for the tip meeting in the April 5 episode of Below Deck Sailing Yacht, the yachties expected their pockets to be filled with cash in appreciation of all of their hard work. However, Captain Glenn Shephard revealed that Barrie's group, whom he called "the toughest" charter guests of the season so far, had left them with $15,000, about $1,660 for each crew member. "We didn't have our best charter, OK. It wasn't our best one, and I think that's reflected a little bit in the tip," Captain Glenn told the crew during the tip meeting. "Probably not as high, considering all we did for them."

All of the yachties were visibly disappointed about the tip during the meeting. Chief stew Daisy Kelliher called out chef Natasha De Bourg in an interview during the episode. "It's bulls—t," Daisy said. "This is Natasha's fault 1,000 percent."

Now that Daisy has had some time to reflect on the charter season, she shared during her April 5 appearance on Watch What Happens Live with Andy Cohen that the blame for the bad tip actually lies with the entire Parsifal III crew. "The tip was a result of bad service from everyone on the boat," she said.

However, Daisy is still not a fan of the way Natasha behaved during the charter. When Andy Cohen asked the chief stew, "Who exhibited brattier behavior on charter: Barrie and his crew or Natasha?" she named the chef.

Daisy and Natasha didn't get off to a great start, and the tension only built between them during this most recent charter, thanks to a misstep with poached eggs and miscommunication about dessert.

Natasha previously explained "what happened to me to throw me off so badly in the galley" during this charter in a post on her Instagram last month, which has since been made private. "While I strive for perfection as much as possible, I am human and humans are imperfect. We all have bad days. You guys are just seeing one of mine," she shared. "I appreciate all the love. Keep watching! It gets worse and then better!"

The Charter Guests Want a Tour of the Yachties’ Quarters
Life is better as an Insider
Bravo Insider is your VIP pass to never-before-seen content, exclusive giveaways, and so much more!
Sign Up for Free
All Posts About
Andy Cohen
Daisy Kelliher
Glenn Shephard
Natasha De Bourg
Below Deck Sailing Yacht
Work
Related
Below Deck Sailing Yacht

Daisy Wants to "Clear Things Up" About Those Poached Eggs