Show Highlight
Are the Toms In Touch with Mike Shay? 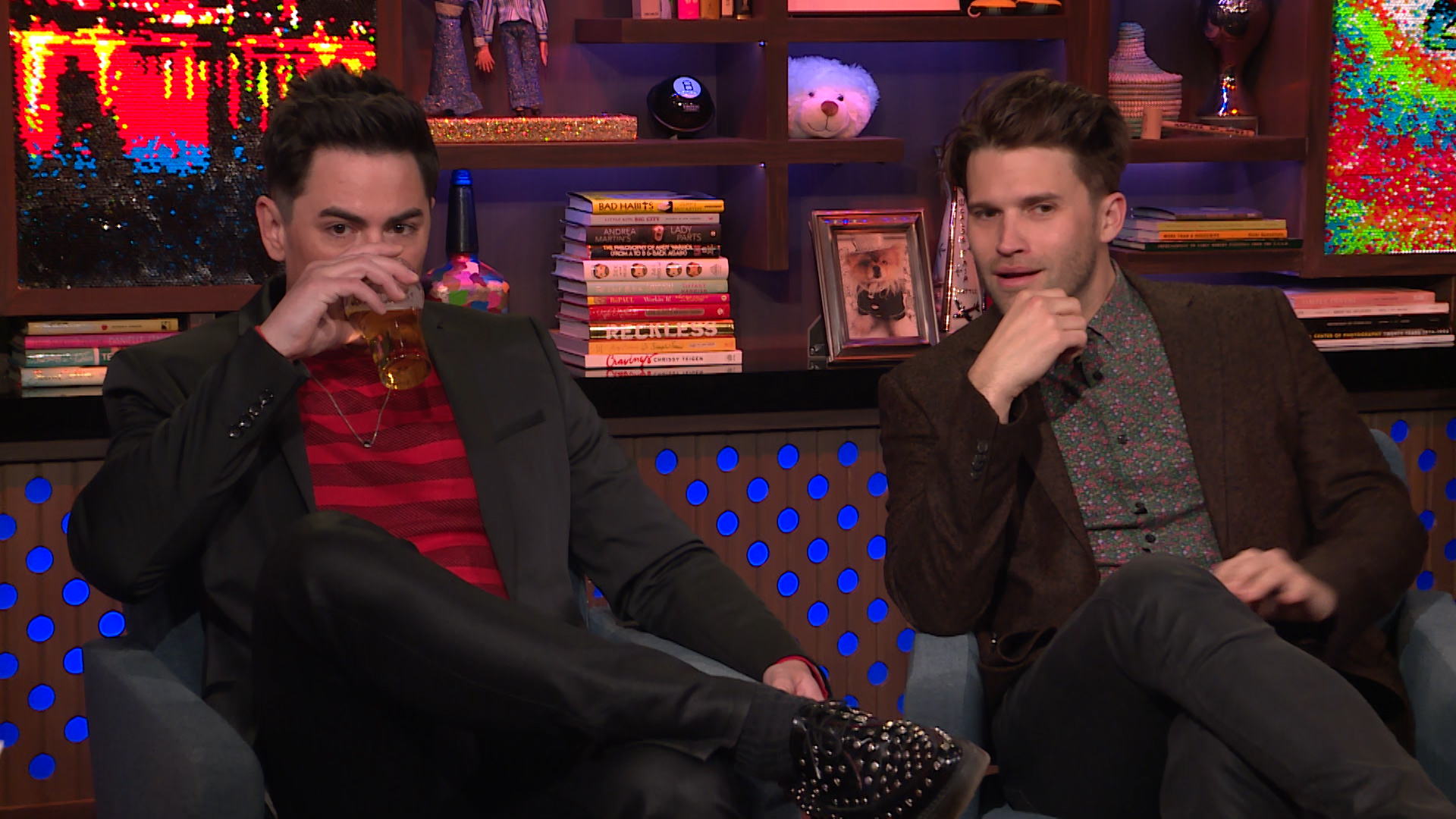 Mike Shay and Scheana Shay parted ways back in late 2016 and finalized their divorce in 2017. And since then, Shay has definitely flown under the radar, while we have been keeping up with Scheana every Monday on Vanderpump Rules. Since then, Tom Sandoval has been keeping track and in touch with his pal, as he explained to The Daily Dish in an interview this week (and he also shared on Watch What Happens Live with Andy Cohen in the clip above).

"I saw it was his dad's birthday actually [this week]. We talk every now and again," Sandoval told The Daily Dish. "He's really busy. He also lives more in the Valley, I think, so he's not out and about as much. But, yeah, we still talk."

What Does Scheana Shay Think of Mike Shay's New Relationship?

Shay has even found love again and Sandoval has seen a positive change in the musician. "He seems to be doing great. He's got a girlfriend [and] they seem really happy. He's motivated. He's busy. I think he's doing better than ever."

As for Mike's split from Scheana, well, Sandoval has a theory as to why things didn't work out. "I just feel like their vibe ... I feel like they drifted apart in a sense and they both almost were, maybe, felt a little trapped in the situation," the SUR bartender noted. "And I feel like Shay maybe lost himself a little bit, feeling like he always has to be around Scheana's friends, Scheana's group, doing Scheana's stuff. And now he kind of does his own thing and he just seems a lot happier."

Check out some throwback photos of Shay, below.

Photos From Scheana and Shay's Honeymoon

Was Scheana Thinking of Rob On Her Wedding Day?!?

Why Scheana Kept the Last Name Shay After Her Divorce