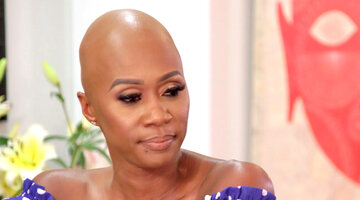 0:59
Preview
Imani Walker has a Major Life Update to Share with the Group 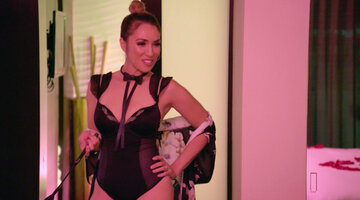 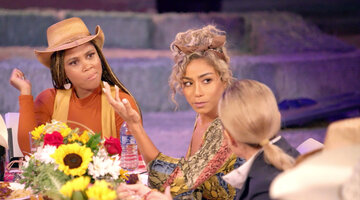 After sharing her plans to divorce her husband, Dr. Imani Walker opened up more to Dr. Britten Cole about how her marriage got to this place during the June 21 episode of Married to Medicine Los Angeles.

Dr. Imani told Dr. Britten that after she suggested to her husband that they end their marriage, he accepted it pretty quickly. "We were both just kind of like, all right," she said.

The psychiatrist said that she didn't think their relationship was salvageable and noted that they have "had issues for a while." Dr. Imani recalled one night in particular during their anniversary trip a year ago in which Phil wanted to spend time watching a game at a sports bar alone. "After the situation with our anniversary, in my mind, I said, 'OK, I'm gonna give you a year to let me know that you love me, that you want to be with me,'" Dr. Imani said in an interview during the episode.

The couple not only grew apart, according to Dr. Imani, but she also said that she believes Phil moving out to Oklahoma to launch a cannabis dispensary business really marked the beginning of the end of their marriage. "But I do think Phil going out to Oklahoma was some sort of passive attempt on his part to separate," Dr. Imani said in an interview during the episode. "He just kind of got deeper into his own world. It became obvious that I was just slowly not becoming a part of it."

When Dr. Britten asked Dr. Imani why she didn't tell any of her friends about what was really going on with Phil, she said that she "didn't want to burden anybody" and said that "everybody has their problems." Though Dr. Imani was emotional in this moment as Dr. Britten comforted her, she assured her friend, "I know I will be OK."

Dr. Imani opened up exclusively to The Daily Dish about finally sharing the news of her divorce this season of Married to Medicine Los Angeles during an interview over the phone on June 17. "I’m willing to be transparent so people can maybe identify something in me that can help them to get better. When it came to this, I was just like, listen, I’m on a reality show, and there are things I need to be transparent about and this is one of them," she said. "I will say that at times it was difficult to go through, but I was happy to know that, first and foremost, I was making the right decision because I wasn’t happy. But also, I wanted to just show people if you’re unhappy and you’ve tried what you could, it’s OK to say, you know what, we can be cool, but being with you and being married to you probably just isn’t going to work out."

Dr. Imani Walker Reveals She Told Her Husband She Wants a Divorce

Dr. Imani noted that there wasn't any animosity between her and Phil; they just realized it would be best for everyone to move forward with their lives on their own. "Myself and Phil are not in a situation where we’re arguing and going back-and-forth," Dr. Imani said. "We realized what it was. We had fun, and now we just have to go off on our separate ways because we’re just not meshing the way that we used to."

Dr. Imani said she has encountered criticism from those who don't understand why she and Phil are ending their marriage. "There are some people that are like, 'I wish you guys would get back together,' or basically telling me, 'Oh, well, you didn’t try hard enough.' I’m like, you know what? Whatever," she said. "I know what I was able to do, I know how much I was able to put up with, and quite honestly, I’m much happier now than I was back then."

Later in the June 21 episode of Married to Medicine Los Angeles, Dr. Imani confided in her mother, Paula, about what's next for her and her son, Idris, now that she and Phil have decided to get a divorce (clip above). Dr. Imani revealed that Phil had told her that he wasn't coming back to California and he asked her to pack up all his stuff and send it to him in Oklahoma. "I was like, why do I have to clean up your mess? And I was like, so now I've got to tell Idris all of this?" Dr. Imani said. "I was really disappointed. He's so committed to this business, he's willing to forgo anything else, including me, to make this happen."

Paula has been a source of comfort for Dr. Imani during this difficult time. "My mom was always supportive, but my mom also is someone who, when there’s an issue, she wants to get on it right now. So she’s like, 'Oh, you’re unhappy? OK, well, here are the names and numbers of divorce attorneys or mediators that I found.' I’m like, all right. I said I was ready to do this, but I need to take my own time to do this," Dr. Imani told The Daily Dish. "Everyone’s basically like, 'I just want you to be happy.' As long as I’m happy, I think everybody else understands it was the right thing to do."

Dr. Imani also told her mom in the episode that she's hesitant to share the news of her divorce with all of the Married to Medicine Los Angeles ladies. "I talked to Britten, but part of me, I don't even want to tell them anything," she said. "Really, I'm like, it's none of your business since you wanted to talk so much."

It looked like Dr. Imani was about to get her chance to tell the rest of the group when she invited everyone over to help her pick the photo for her book cover (clip below). "Part of me is like, are they gonna receive it the way I need them to receive it?" Dr. Imani told Dr. Britten before the rest of the women arrived at her house. "I want it to be supportive."

Dr. Imani explained why she didn't want to tell everyone about her divorce during an interview in the episode. "I tend to be secretive when it comes to myself. I told Britten because Britten can keep a secret," she shared. "It's like, if I tell everybody, then that's all they're gonna want to talk about. I don't want to talk about it. I'm already inside my head all the time."

She also told The Daily Dish that she needed time to process what was happening before sharing it with anyone else. "My personality is just one where I need time to think about an issue. I need to flip it inside out, I need to rotate it, I need to see it from all angles before I can explain to someone how I feel or what I’m going to do. So I needed to honestly just take time for myself and say, 'OK, now that you want to do this, how do you feel?' I had to actually sit around and practice, like, 'OK, you know you’re gonna get divorced.' That word, I had to get used to. I had to get used to referring to my husband as my ex-husband. Those are all things that were very soul-crushing to me," Dr. Imani said. "I just needed some time to really get my words together before I wanted to say them out loud to someone else."

Dr. Imani did end up announcing to her friends that she and Phil are separated and that they are getting a divorce at the end of the episode. We'll have to wait and see how the group reacts to the news in the next episode of Married to Medicine Los Angeles on Sunday, June 28 at 9/8c.

The Ladies are Headed to Palm Springs!

Life is better as an Insider
Bravo Insider is your VIP pass to never-before-seen content, exclusive giveaways, and so much more!
Sign Up for Free
All Posts About
Britten Cole
Imani Walker
Married to Medicine: Los Angeles
Splits
Bravo Relationships
Related

Dr. Kendra Segura Says Her Son Is Growing up Too Fast