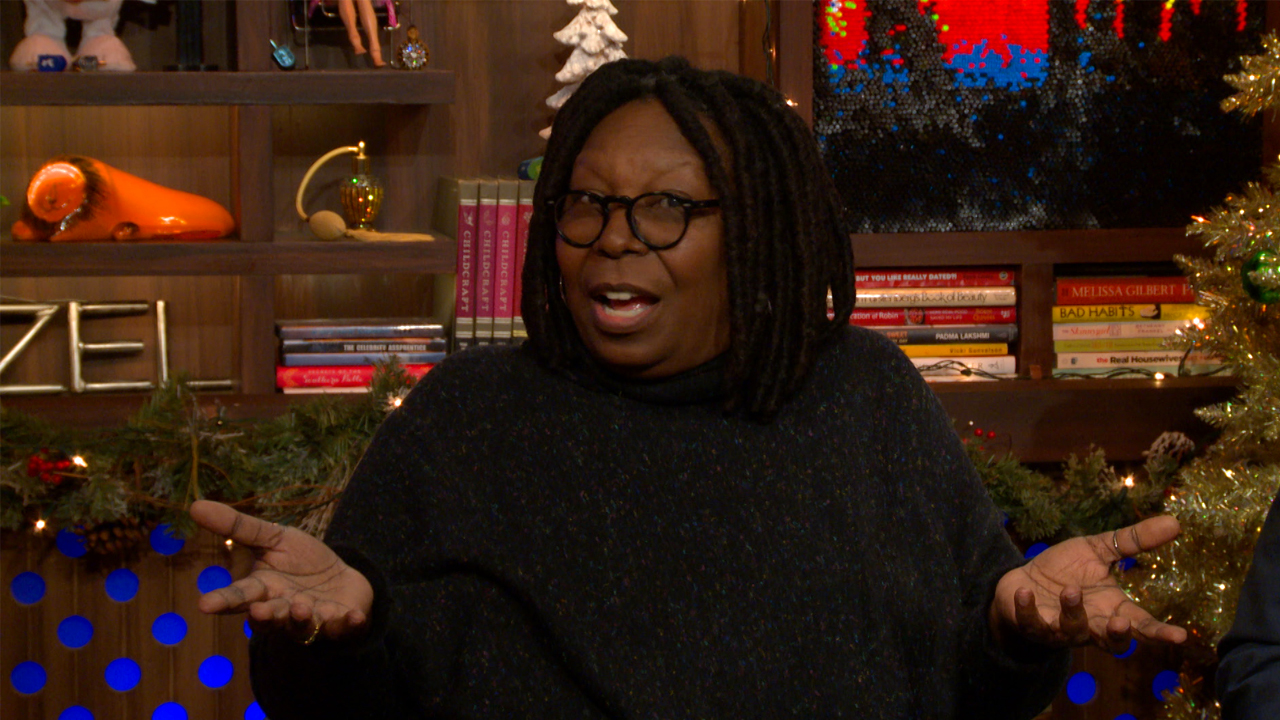 Ever since NeNe Leakes appeared as a guest on The View last month, The Real Housewives of Atlanta alum has called the talk show hosts "mean girls" and claimed they "weren't friendly" toward her. However, The View co-host Whoopi Goldberg didn't get the same impression. During her appearance on Wednesday night's episode of Watch What Happens Live, Whoopi told Andy Cohen that she didn't realize NeNe had been so critical of The View ladies. “You know, come on. Really, NeNe?" Whoopi said when she heard about NeNe's negative comments about The View co-hosts. "Did somebody say something she didn’t like?”

Andy went on to explain that NeNe felt like Raven-Symoné and Joy Behar were being particularly shady. “Well, you know, then come back another day and try again,” Whoopi said.

Well, it looks like there are at least no hard feelings on Whoopi's end. While we wait to see if NeNe returns to The View for round two, take a look at what else went down during Whoopi's time on WWHL with her fellow guest Billy Eichner in the pics, below.

NeNe Leakes Calls Out Raven-Symoné for Being Shady

NeNe on The View Hosts: "Those Girls Weren't Friendly"