The gossip and mudslinging continues Monday on the next episode of The Real Housewives of Orange County—and this time, the past will be brought up once again.

While on vacation in Whistler, Canada, Gretchen Rossi revives old allegations made by Vicki Gunvalson that Gretchen was cheating on her then-fiance Jeff Beitzel.

"You started calling me a gold digger," Gretchen says. "[You were talking] about how he was my sugar daddy."

For her part, Vicki doesn't quite recall specifics from the incident. (Thankfully, there's footage of the conversation to help clear things up.) But Vicki does say it wasn't just her that was making those accusations. "From the outside looking in at the time," Vicki says, "There was alot of chirping going on."

From there, things get heated. And Gretchen lashes out at Vicki during her confessional: "Listen you crazy bitch, stop acting like you're the one that's little miss perfect!"

Check out a preview of next Monday's episode below. 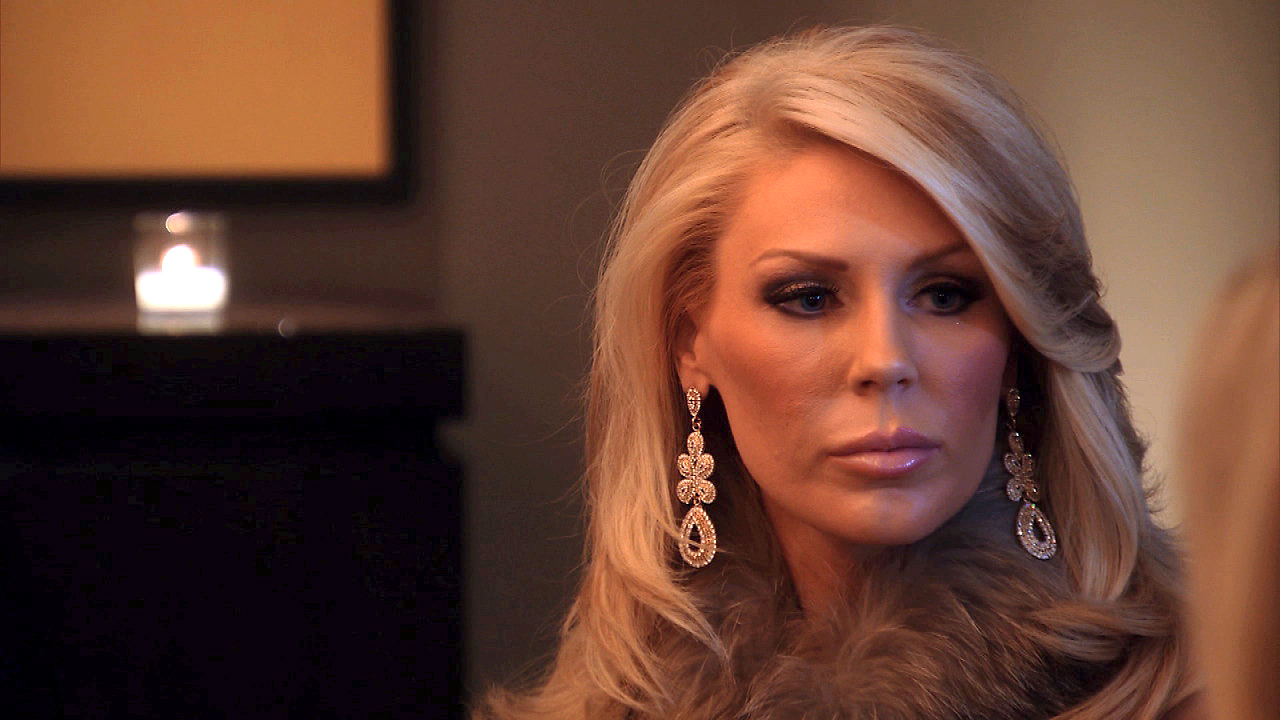