Depending on who you ask, Hollywood's biggest stars, as a group, may or may not be inclined to do much actual eating on Golden Globes night — despite the fact that the Beverly Hilton annually prepares a glorious multicourse meal in its International Ballroom for the glittering awards ceremony.

Specifically, for 1,300 of Hollywood's most elite guests at the 2019 show, the hotel's executive chef Matthew Morgan and executive pastry chef Thomas Henzi whipped up a three-course meal based around fresh, local, and seasonal ingredients: a sweet potato Vichyssoise appetizer; Chilean seabass entrée with forbidden black rice for the entree, with a vegan alternative offering of organic stuffed honeynut squash; and dessert of flourless chocolate cake with a cream cheese pistachio center.

Hey, I'm working on some new year's resolutions over here (aren't we all?) — but as The Feast's editor, it is also my very duty to bring you dispatches from the incredible array of food and drinks on offer within the Hilton, and its environs, on the big night.

Why Did Melissa McCarthy Smuggle 40 Sandwiches Into the Golden Globes?

Let's begin with NBCUniversal's annual party — on a year when Bravo scooped up its first-ever nom for the incredible Connie Britton in Dirty John. It's an excellent place to start talking party food, since guests at this year's viewing bash dined at the restaurant of one of the world's most celebrated chefs: The party took over Jean-Georges — that's Jean-Georges Vongerichten's place at the Waldorf-Astoria Beverly Hills, right next door to the Beverly Hilton where the awards and most of the bashes go down.

Dinner was abundant and so sophisticated: Think carving stations, a sushi buffet and raw bar, and a far-from-ordinary pasta bar, where divine campanelli with meyer lemon cream, parmesean cheese, and black pepper was the standout, light and smooth — almost dessert-y. 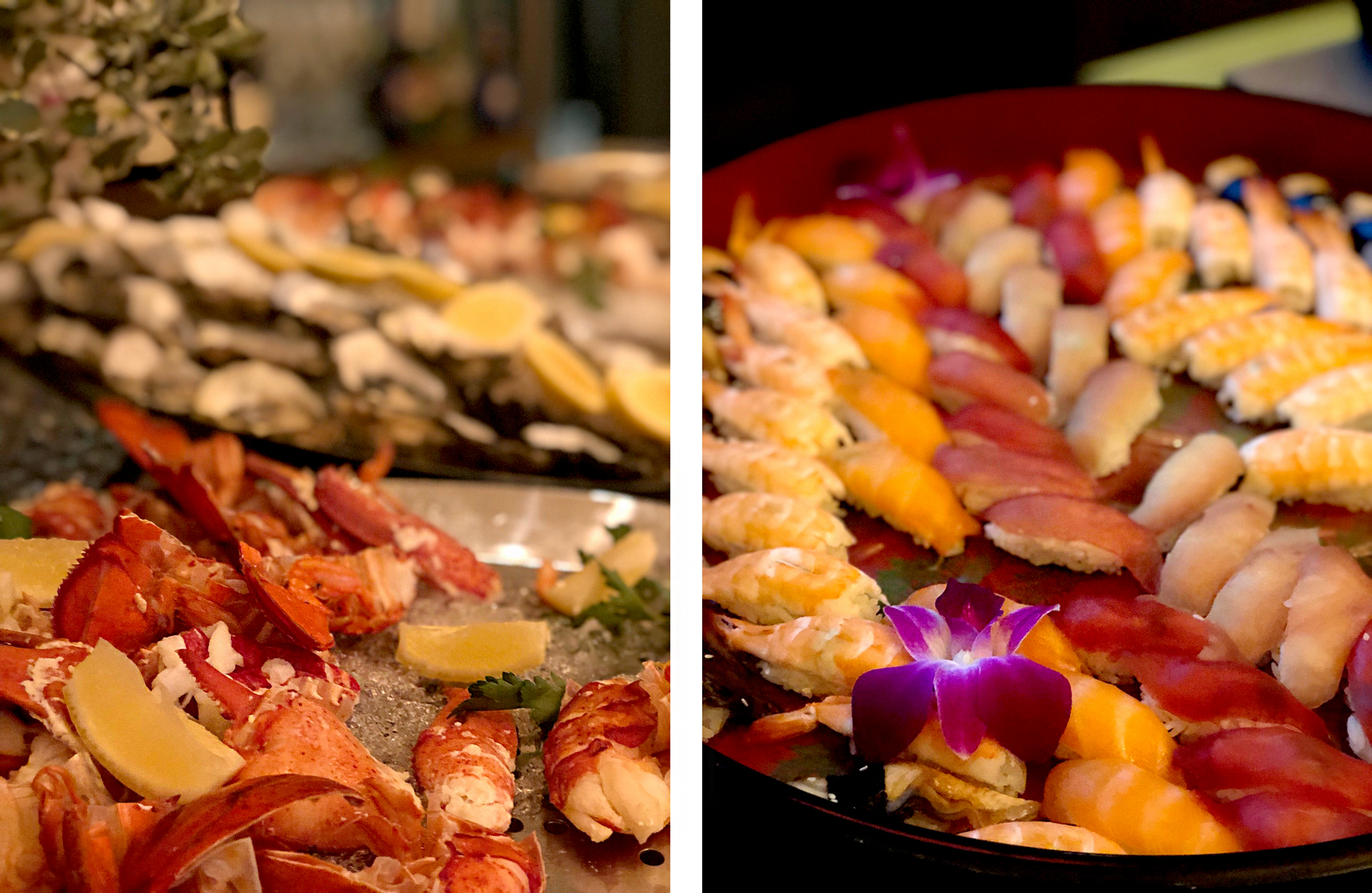 But of course, there was plenty of actual dessert to be had, too: hot churros and donuts with a topping bar, macarons evoking the colors of the NBC peacock, apothecary jars piled with cookies. 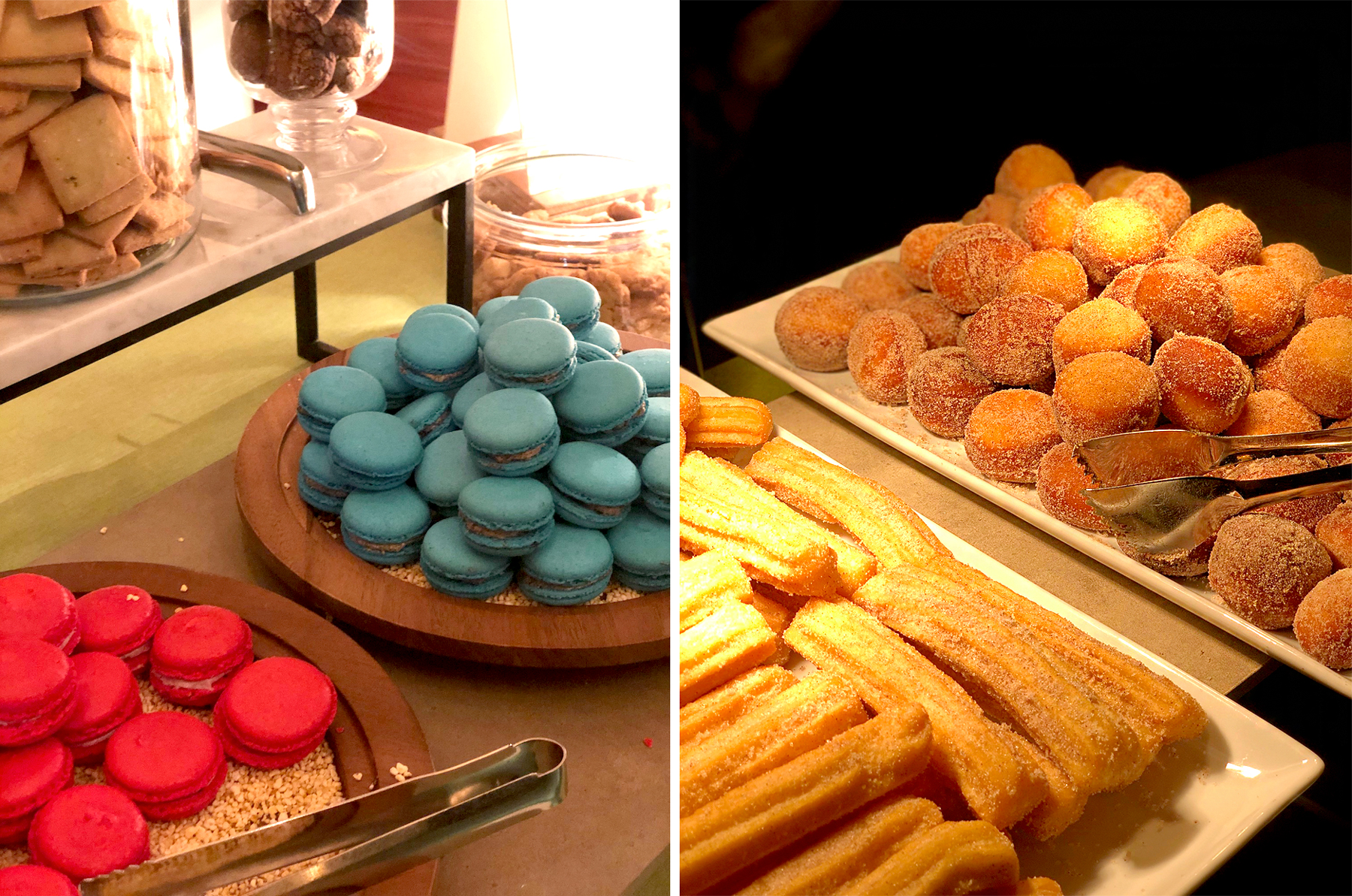 After such a sophisticated dinner, and as the award ceremony was wrapping up, I headed a few hundred steps to Fox and Hulu's bash — where a towering charcuterie table was there to replenish the calories I'd burned tottering in heels on the way. 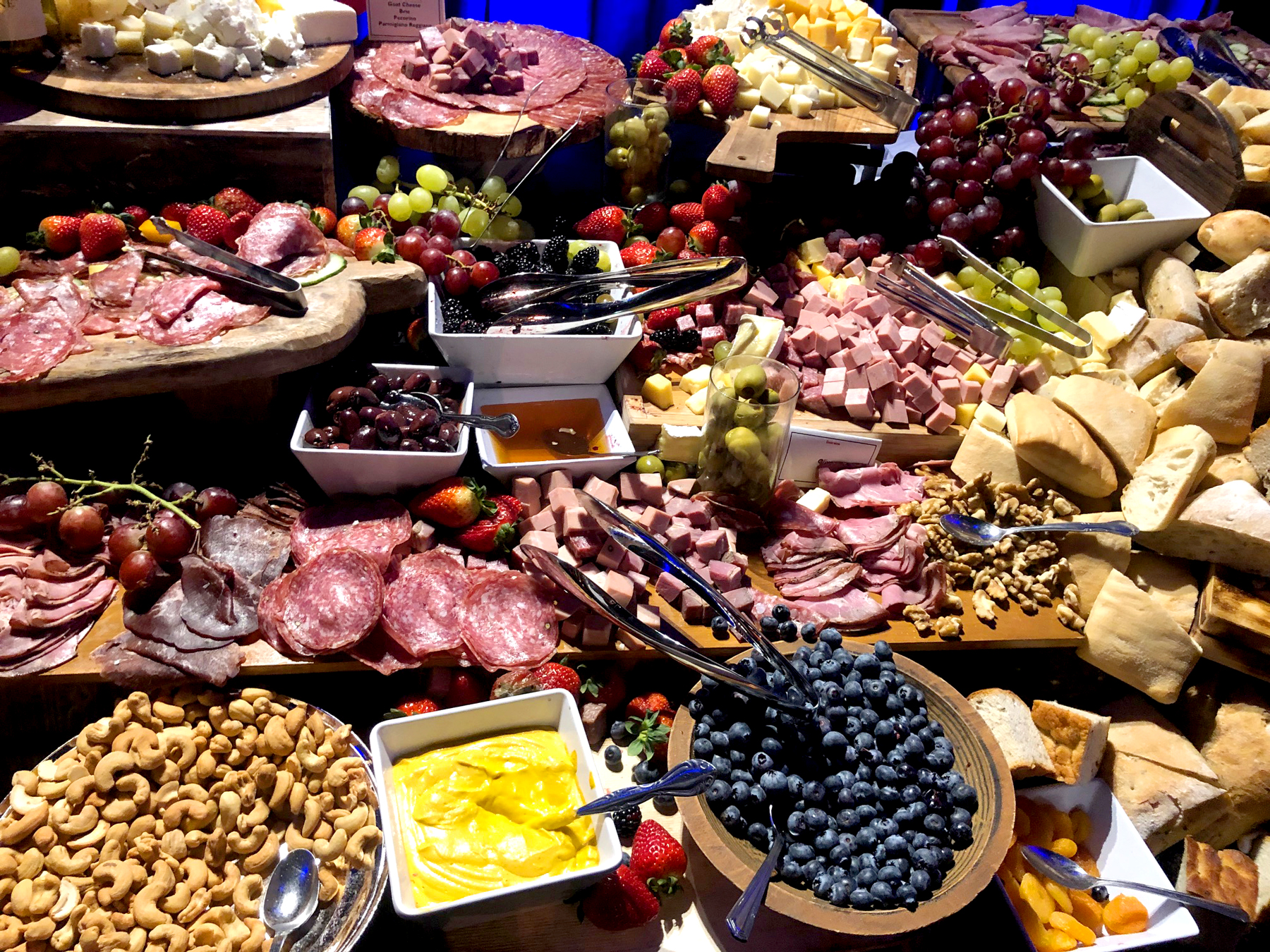 You might be wondering: How do the hotel's chefs manage to pull off the feat of supplying so much food simultaneously to so many distinct parties — plus the dinner ceremony — on the big night? Well, that would be with the help of a color-coded system, chef Morgan told me on a behind-the-scenes tour ahead of the show, as if there was nothing to it. (Total boss!) 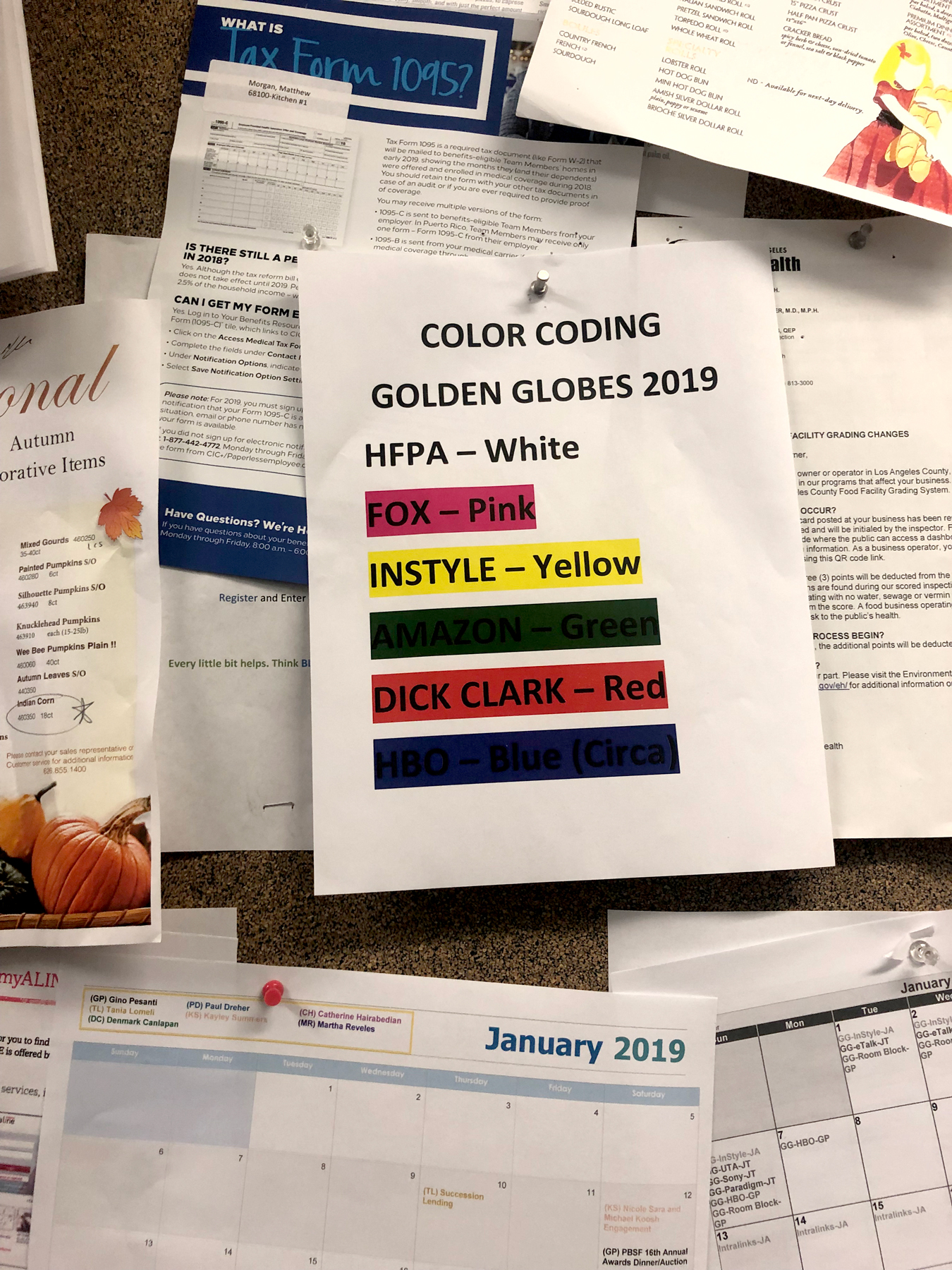 Netflix's bash, according to Justin Cohen with the event's high-profile production firm Best Events, had catering from none other than Craig Susser of Craig's. Yes, that would be the Craig's restaurant — a well-known favorite among many Bravolebrities, including The Real Housewives of Beverly Hills and the Shahs of Sunset.

Teddi Mellencamp Arroyave Always Gets Into L.A. Hotspot Craig's Because of This Very Special Connection

The Netflix bash also had the dreamy Moet and Chandon vending machine — the very same apparatus that Kris Jenner got for her own home last summer (and promptly got tipsy).

To round out the night, it was off to HBO's mint-green midcentury-modern theme bash for a last mouthful of sweets — I found chef Henzi's chocolate-caramel-crisp lollipops a bit too irresestible — and a few gulps of champagne to toast another delicious Golden Globes night in the books. 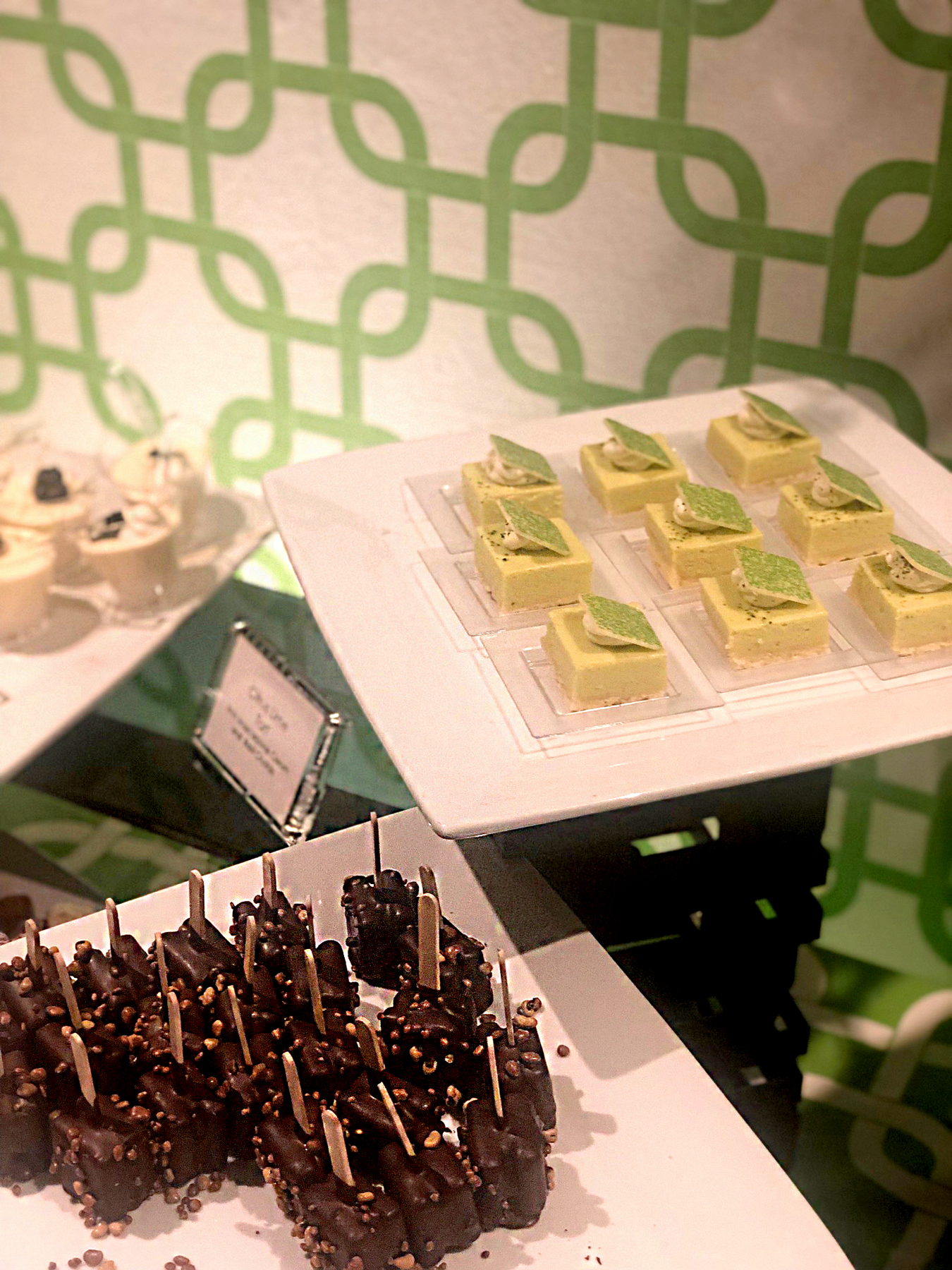 And then there was just one last thing to do on the way out: grab a bottle of Fiji water for the road from the display still assembled on the red carpet. If only it could have been presented by the famous Fiji Water Girl herself.

Life is better as an Insider
Bravo Insider is your VIP pass to never-before-seen content, exclusive giveaways, and so much more!
Sign Up for Free
All Posts About
Food & Drinks
Awards Season
Celebrations
Food
Related
Blog

I Ate at Emmy's Biggest Party — and Peeked in the Kitchen!

My Night at the Golden Globes Parties as a Non-Celeb