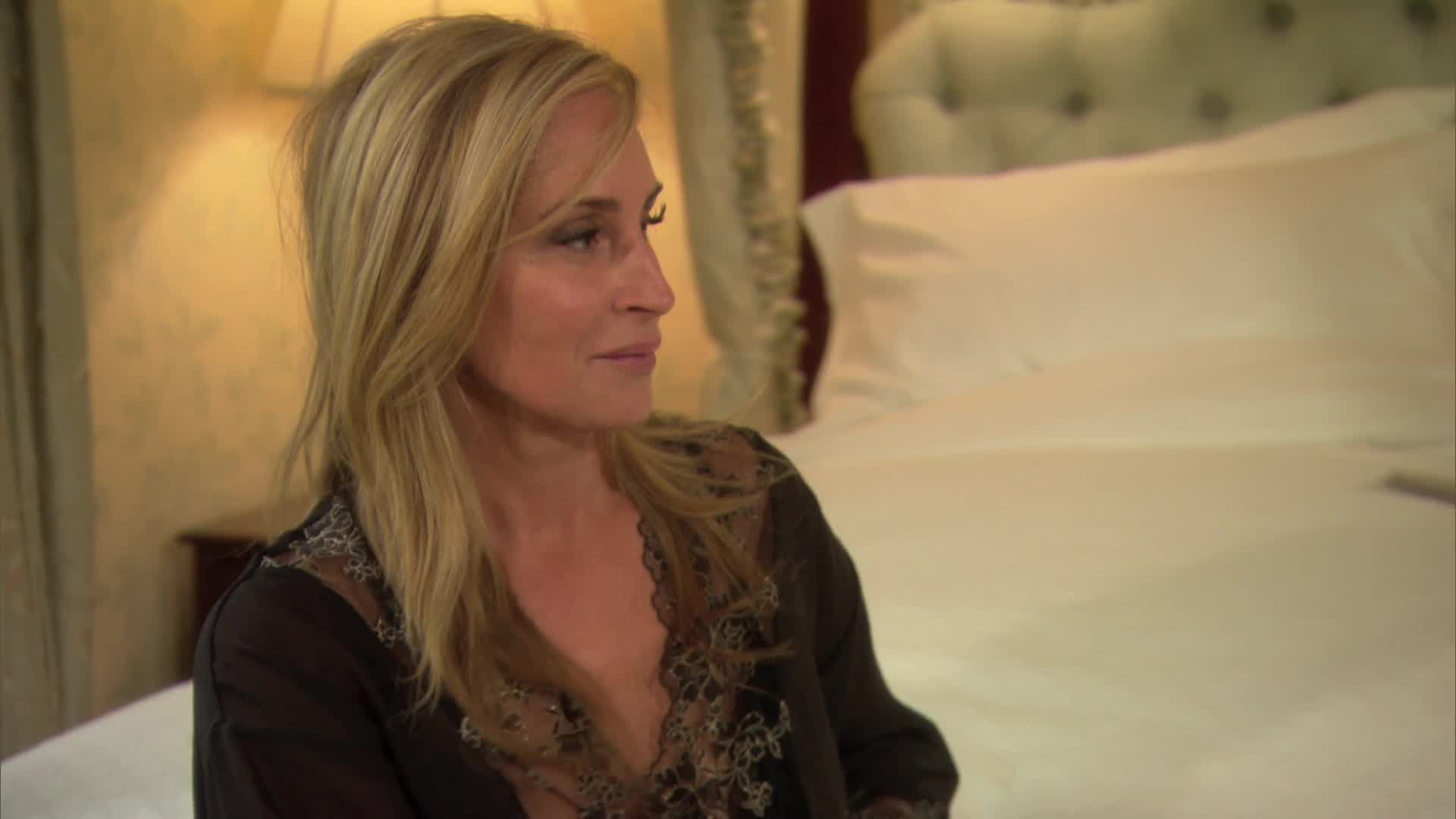 I was happy to see Luann and spend quality time with her before we met up with all the girls at the Mayflower Inn. She is in a great place and her calm demeanor and honesty about the legal situation is admirable. Rehab has been very good for her. She needed to focus on her life and start taking a self-inventory.

She seems to have put all of the drama behind her but not without understanding the consequences. It was a wake up call and allows Luann to clearly focus on bigger and better things.

I’m proud of her, and I cannot wait for the other women to see how determined she is to change her life. I know great things are ahead of her. As they say, a lot of times endings are really beginnings!

Now let’s move on to the mistruths. As with the famous nutcracker—I never wanted balloons or marching bands or a hand-engraved thank you. I did something nice for a friend and there was so little gratitude that not only me but Luann, Ramona, and Carole also were shocked by Bethenny's bizarre behavior that went on far longer than anyone would ever expect or want to witness. While some of you may say she looked grateful while the rest  of us looked like petty, mean girls, I was there and strongly disagree. She turned it into a ridiculous banter about wanting a parade. [Eye roll] Stupid, really. I assure you I have better things to do then wait for a thank you—not that Bethenny would know cause she never asks what’s going on in my life.

Here’s another mistruth: Apparently I am the scapegoat for Bethenny and Carole not getting along. Last I checked, they made their peace, hugged it out over lunch, and moved on. Carole was happy the bad vibes were behind them and looking forward to seeing Bethenny at the spa. But waaaaaait…this week Bethenny decides to tell Sonja that “Carole is still upset with her” (she wasn’t) and guess what? “It’s all Dorinda’s fault” (it isn’t).

Carole is a grown woman with a strong will, a solid opinion, and a very tight grasp on reality. If you really think I alone could implode a friendship because I told her that Bethenny had said something  about her ex-boyfriend and her lack of interest in Puerto Rico—comments Carole had heard from many, many people (so many it nearly go into the press)—is nuts!

2) Bethenny gives me far too much power. Thanks, but here’s an idea : TAKE RESPONSIBILITY FOR YOUR OWN BAD BEHAVIOR IN DESTROYING FRIENDSHIPS.

Preview
That's What FOMOs Do 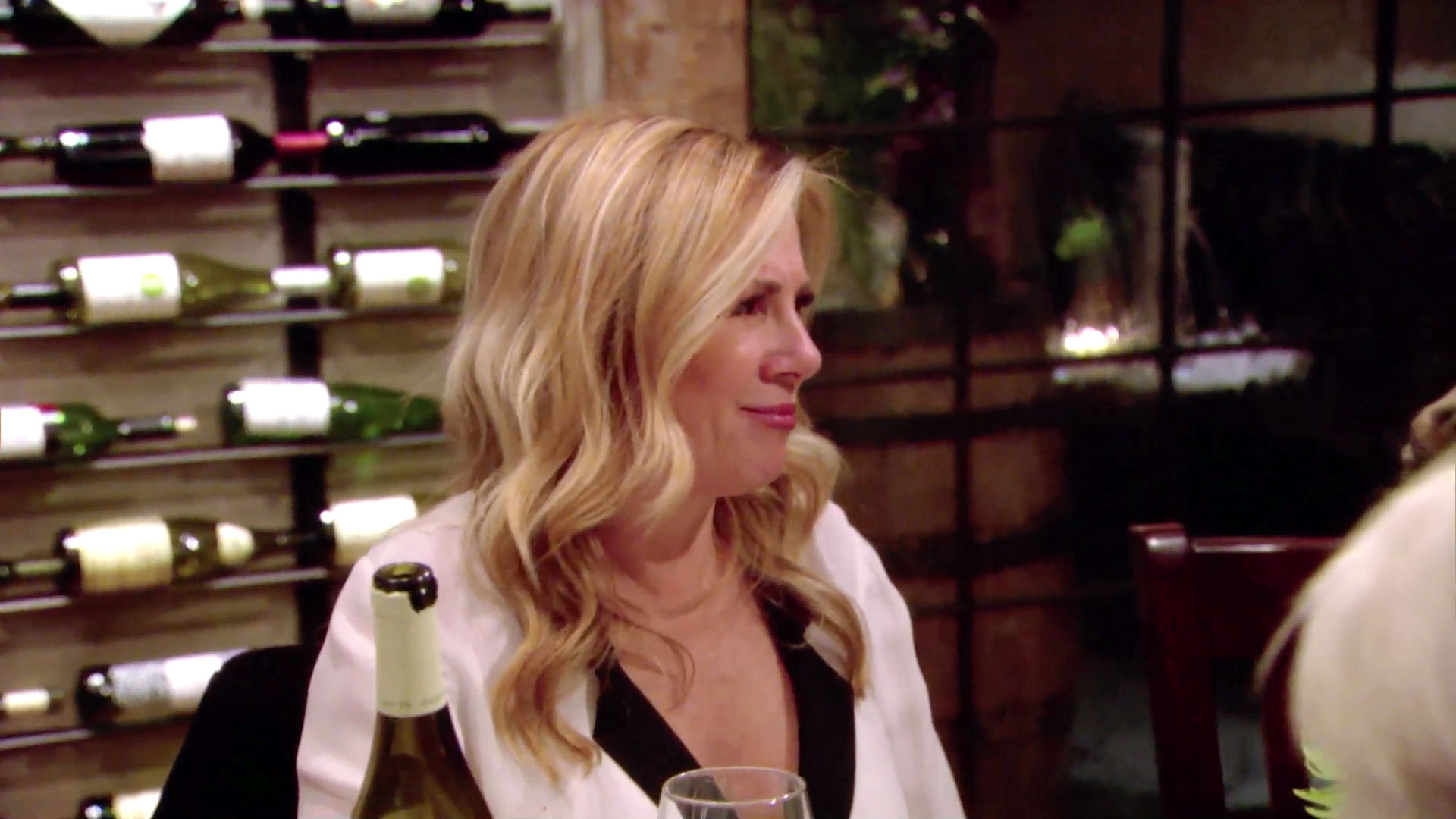 As far as Tom's New Year's Eve party goes, well I have to call girl code on this one. I don't think Ramona had bad intentions. I think she was in the moment and made a bad decision. The best course in their situation is to apologize and vow to never do it again, regardless if you had a friendship or situation with Tom before. It’s a very sensitive situation and Ramona should have been aware of that, but sometimes we goof up.

The Family Crest again. Yes, I have my late husband's name, as does Carole, as do most people when they are widowed (key word being widowed not divorced). In fact, to drop a late husband’s last name after his death is a real dishonor. I don’t know a single widow who did unless she remarried. I’m still schooling these girls in the difference between divorce and death?

And just a little fact check: I don't have an “M” on anything—not sheets, towels, and surely not luggage! This comes from the little voices inside Bethenny’s head. The same voices that must have told her that Dr. Medley had a little success and was a little political.

Remember we’ve all learned from the current political climate in this country: Just because you say it does not mean its true. Which leads me to yet another false observation: me a bully. Now this one takes the cake. Let’s get real there’s one person who’s bullied, insulted, demeaned and mocked every one of us, and it sure as sh-- ain’t me.

I know that Sonja is Bethenny’s newfound bestie, the one Bethenny told was dead to her two years ago because she wanted to make a few bucks selling booze. That’s rich. And Benedict Arnold always tells the truth. [eye roll]

Is *This* the Core of Bethenny and Carole's Drama?