Ouch! I took Terry up on his offer to surgically remove my tattoo after the several sessions of laser. The laser did lighten and blur my tattoo, but chances were it would never removed it completely. The tattoo of Simon's name was a constant reminder of my past and needed to be removed for good.

So, when I walked into Terry's office I thought it was going to be simple. I thought I would sit in one of his exam rooms, and he would do his thing. I guess I didn't give it much thought? The nurse brought me back to his surgery room with machines, bright lights, and a tray of scalpels, and at that second my stomach knotted up. I must have run to the bathroom five times before he ever started. Sorry Terry, but I have a really bad nervous stomach.

After he numbed me I didn't feel a thing. It wasn't until 1 am when I woke up with my finger throbbing that I thought. . .what the heck have I done?!?

After the procedure I had to keep it from Eddie for two days which was not easy. I knew Eddie was going to be so happy it was finally gone, but ultimately I did it for my self. Dinner at Vintage Steakhouse was hard for me to watch. I was in such a different place then, and all I can say is, "Boy does time heal all wounds."

It was a year and half into our relationship and I was still afraid to bring Eddie around the kids. I share custody with Simon. When Simon had the kids, I would see Eddie, and when I had the kids I didn't want to share my time with them. Sure he had met them before and he would come by for dinner once in a while, but that was about it. I was so afraid that my children would be uncomfortable and that Eddie would get annoyed and leave me.

I also had a hard time with fact that Simon had moved in with his girlfriend (who the kids love) and when he had the kids she would pick them up from school. Sharing custody is one of the many struggles of divorce. I want to be the one picking up my kids every single day from school. I want to tuck them in to bed every night. I just don't have that option anymore, and it took me a long time to get over the pain. . . I'm still struggling with it. I wasn't lashing out at Simon for being happy and moving on, and NO his girlfriend is not half his age -- just much younger. I just couldn't understand how it was so easy for him to move on and so hard for me. After all, I wanted this divorce. I often wonder, do the strong people stay in an unhappy marriages or is it the strong ones that leave?

Eddie is an amazing man and has helped me with my divorce every step of the way. He is so kind, considerate, and thoughtful. He makes an effort to make my children feel like they are loved by him every day. Eddie grew up without his father, and his mother bounced in and out of his life. He understands more than anyone what its like to come from a broken home. He told me today "Babe stop worrying, all these kids need is love and support. They will adapt to all the change." I just don't understand how I got so lucky.

We now live together as a family, and nothing makes me love him more than to see him and the kids running around the house being goofy. I know in my heart that I'm in such a good place, but at times I feel guilty for being so blessed. The past two and half years have been the most difficult and rewarding time in my life. Simon and I are in such a better place and its nice to see a smile on his face now. Please check out my recent interview to hear more about my life, divorce, Simon, fitness, business ventures, and beauty secrets.

Alexis' birthday party for her twins was a very cute idea. I agree with her and gave my kids their first big party at age four when they could enjoy it. BUT what the heck was up with that speech? I'm going to try and be nice here because I have more than voiced my opinion this season on things she has said or done.

Preview
A Lot of Princesses are Looking for Work 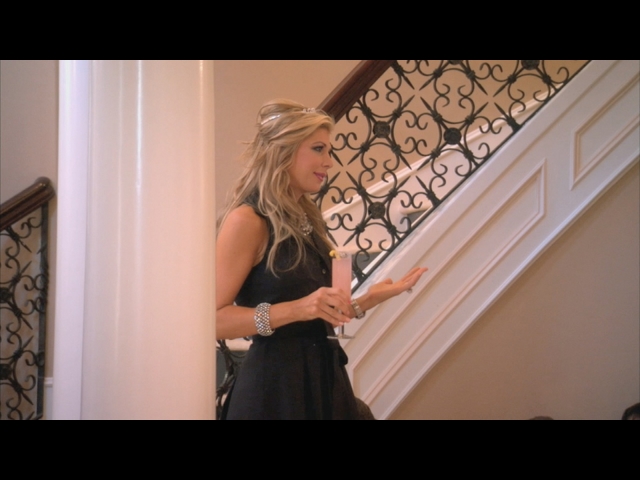 Watching Vicki and Briana argue was BRUTAL. Briana is a grown woman and I understand her being concerned, but where do you draw the line with respect? I think this scene was very raw and something they both wish never happened on camera. They both have valid concerns about the others relationship. All I can say is Briana Is her mom's daughter -- they are so alike in so many ways. 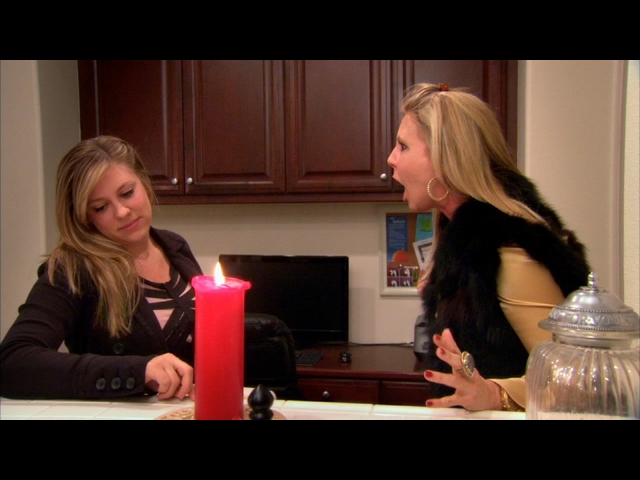 I think it is amazing that Slade wants to take their relationship to the next level, but please not with a fake ring! It's not about the size of the ring -- it's the love behind it. Of course, that is coming from a girl that doesn't care to much about jewelry. It's hard for me to understand but maybe he feels the O.C. pressure to give Gretchen a big fabulous ring? Gretchen has made it clear that she is not with him for his money so I think she would understand.

Poor Heather! She goes ring shopping with Slade only to find out that Gretchen does not want to get married. That would be a hard one to be in the middle of, but like always Heather gave great advice!