Who Made Slade the Appearance Police?

Once we returned home from Mexico, I decided I wanted to plan a party for everyone. The girls have all been so sweet and welcoming and I wanted to host an event. I love celebrating life with the people I love. I am a goofy kind of girl and I love a good theme party. I think it is fun to get all dressed up and not take yourself too seriously.

Since we had just returned from Mexico I came up with the salsa theme. I thought it would be fun to all learn to salsa dance together. In Mexico, Heather had mentioned that she didn't want to come to my party if Alexis was coming. She said she felt like it would create an awkward vibe and she didn't want to ruin my party.

Once we got home, I decided to call Heather and see if I could encourage her to come. I have become part of this "clique" of ladies. However, I want my friend Alexis around too. I missed her in Mexico. Walking into the CUT party, I didn't know the dynamics between the ladies. However, now I feel like I have my own friendships with them and I'm confident that enough time has passed where they could all be in the same room again without an explosion.

Tamra and Alexis have made up. I know Heather can be civil and so I made the call to Heather to see if she would reconsider and come. I am really thankful Heather did. The party wouldn't have been the same without her and I didn't want to choose between the girls. Heather wasn't making me choose since she took herself out of the equation, but I wanted everyone to get along and be there.

Once my party began, I was so excited. Doug looked so cute in his outfit. I had gotten everyone mustaches and roses and planned for a great night. We had barely begun the evening when Slade made his rude "cheeseburger" comment to Gretchen about me. 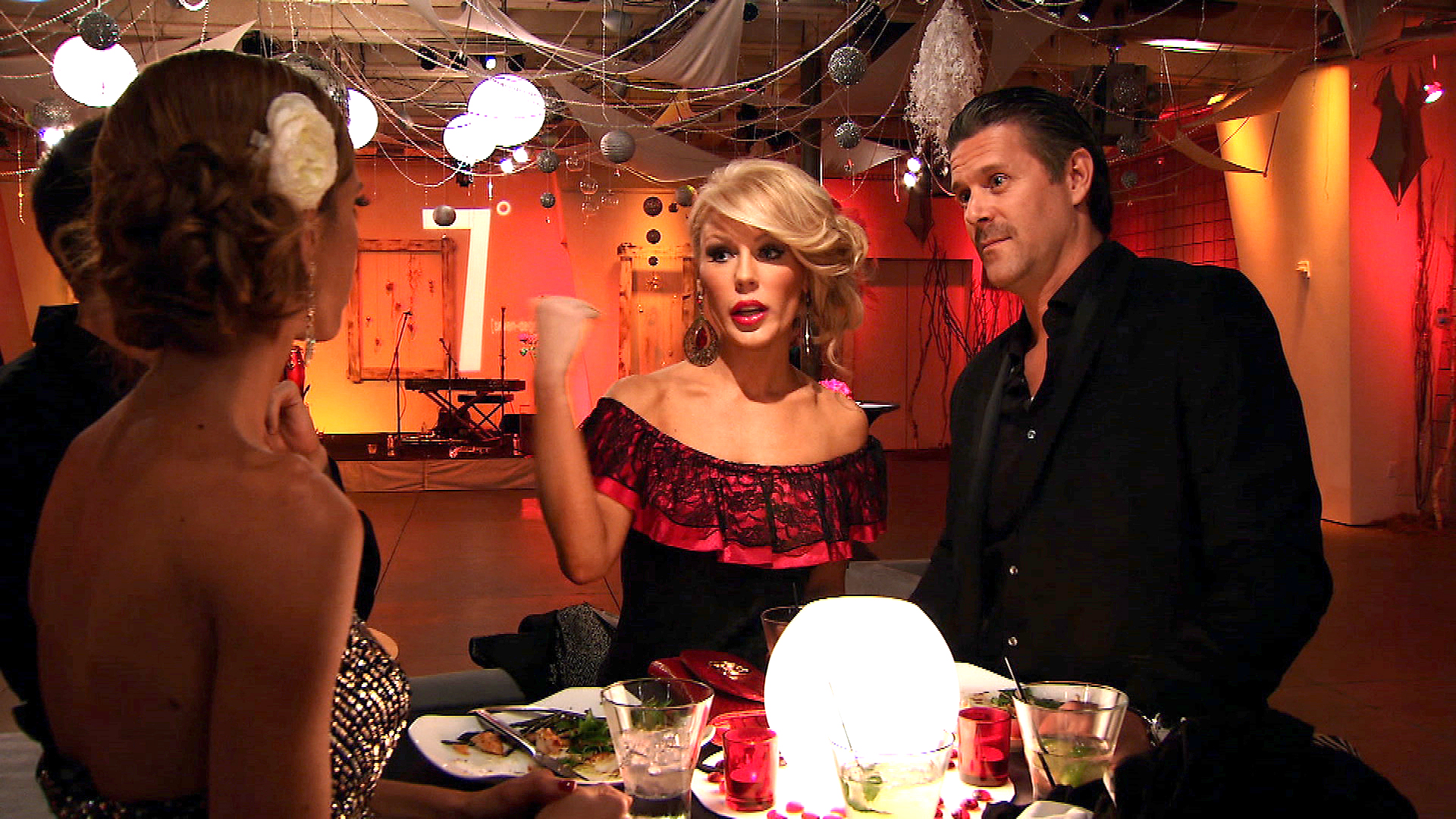 Slade's comment and the whole situation upset and frustrated me on many different levels, which is why I think I got more and more upset. First of all, I am the hostess of the party. Secondly, I don't know him that well. So the fact that he whispered what I perceived to be an insult about me was not cool. It was also inappropriate that he didn't say "I'm sorry. Let's move on," but instead continued to explain all the reasons why he felt his comment was OK. Don't forget that we had just gotten back from Mexico where Gretchen was whispering sweet nothings about me in the limo. I'm more of a direct person and I don't understand whispering about someone when they are right there. If he would've just taken ownership for his comment, apologized if it upset me, we could have moved on. . .but that didn't happen.

It's not what Slade said that upset me so much. It is his history of putting down other women's appearances publicly. Last year he called Tamra too fat and he's made fun of Vicki's nose. Now he's going after me at my own party!?! Who died and made him the appearance police? It's just not OK, which is why I called him out on it. And, for Gretchen to say I'm making a big deal out of nothing just showed me how insensitive she is. Maybe love is blind, but I can't image my husband Doug ever acting like that. Men should be lifting women up -- not critiquing our appearance.

To keep in the loop with me and what I'm up to, follow me on Twitter (@OCLydia) and instragram (@OCLydia) and check out my website (LydiaM.com) where I post videos and all kind of of goodies.