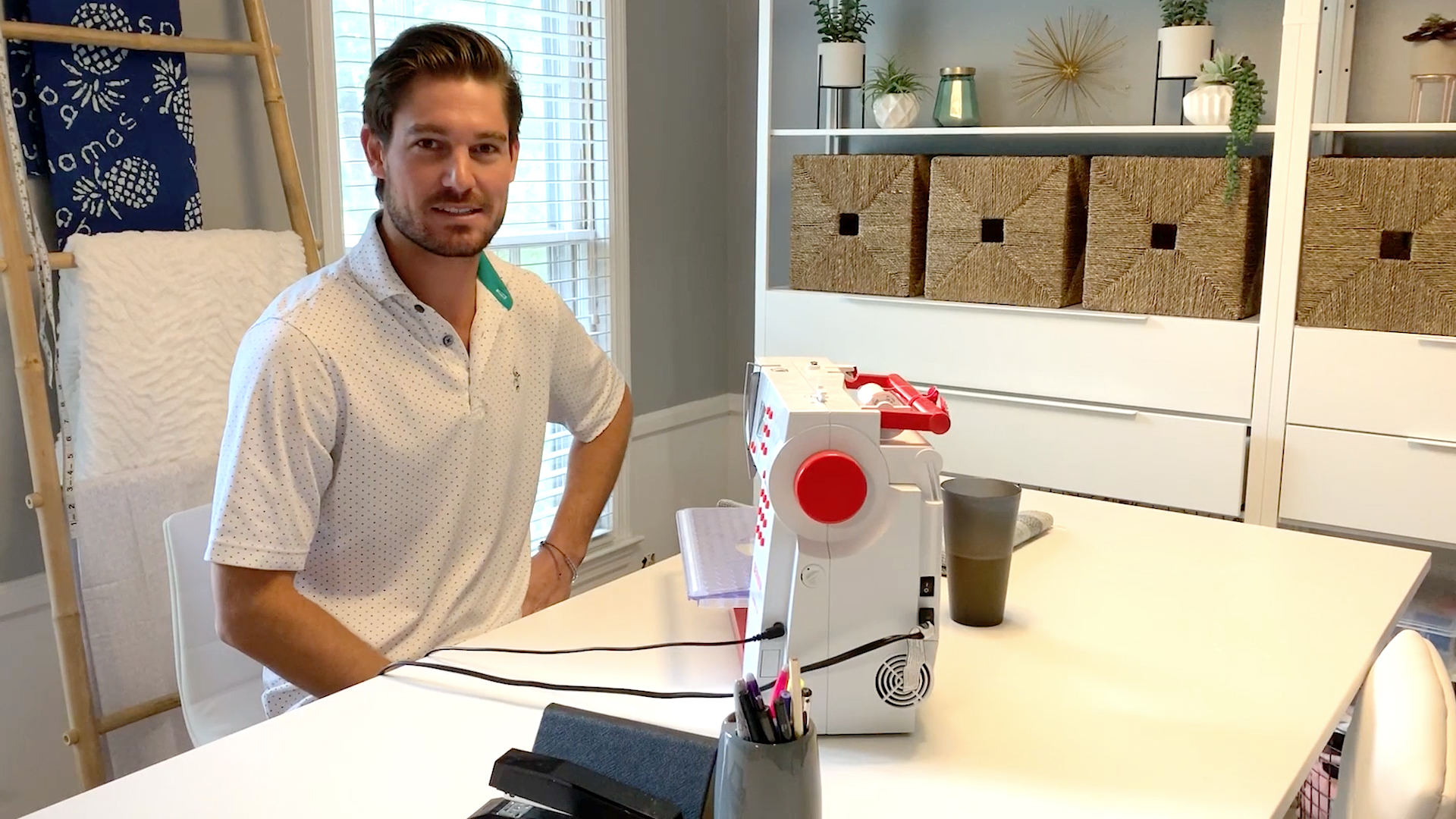 While staying at home during self-quarantine, Craig Conover has had plenty of time to practice his domestic skills. The Southern Charm bachelor shared a video of his deep dive into homemade chicken soup, and he's also sewing up a storm.

We've already seen Craig's pillows, and amid the COVID-19 crisis he's been making reusable hospital gowns and masks through his brand Sewing Down South. But that's not all: It looks like the sewing whiz is now producing aprons and oven mitts. And as you'll see, the cute kitchen gear is sort of irresistible.

In an Instagram post from April 22, Craig appeared in his kitchen posing happily in a black-and-white apron with two matching mitts. "So many fun things in the works!" he wrote, adding a hashtag for his sewing brand. "How are y’all spending your quarantine?"

His new products have one taker already. "Um I want a cute apron made by you!?! Thank you," Below Deck Mediterranean's Anastasia Surmava wrote in the comments. And as for Craig's buddy Austen Kroll, it seems like he at least derived some amusement from the snap. "Craig, we’ve been hard at work. Man we deserve this break today," the beer pro wrote.

Now go ahead, take your own Craig break:

So many fun things in the works! How are y’all spending your quarantine? #alonetogether #sewingdownsouth

Craig Conover Is "Showing Another Side" of Himself