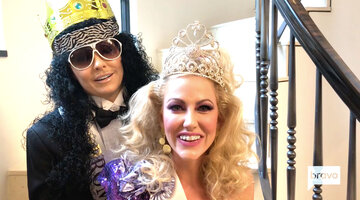 0:40
The Real Housewives of Dallas
Brandi Redmond and Stephanie Hollman Are Going to Prom 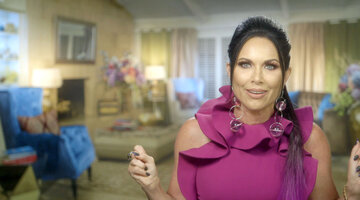 2:22
The Real Housewives of Dallas
Unseen Footage of LeeAnne Locken in RHOD Interview 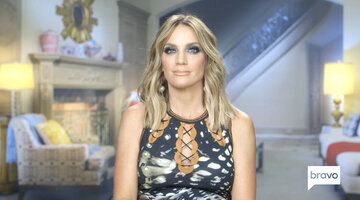 1:02
The Real Housewives of Dallas
Who Has the Hottest Husband in Dallas

When a Real Housewife comes face-to-face with one of her friend's husbands, it usually doesn't go over so well. But Brandi Redmond and Stephanie Hollman's husband, Travis Hollman, actually shared a delightful day out shopping for some gorgeous new bling for his wife in honor of their upcoming vow renewal in Wednesday night's episode of The Real Housewives of Dallas.

You see, Brandi and Travis go way back, to the tune of a 20-year-long friendship, in fact. Brandi even helped Travis pick out the engagement ring with which he proposed to Stephanie 10 years ago. "Travis dated some real winners before, let me just say that," Brandi said during the episode. "And then Stephanie comes along, and I literally told Travis, 'You're gonna marry this girl.'"

Given their long friendship history and how well they get along, one fan wondered on Twitter if Brandi and Travis ever dated before he met Stephanie. (To be honest, that very question also popped into our heads while watching the episode.)

But Stephanie was quick to clear up any speculation. "No no no," Stephanie jovially responded to the fan on Twitter. "She was friends with @travis_hollman before we met!"

Brandi also laughed off the idea. "Our husbands were best friends and shared office space before I even met @travis_hollman," she also tweeted to the fan.

Lmao. Our husbands were best friends and shared office space before I even met @travis_hollman they might have dated tho 🤣

Brandi has been happily married to her high school sweetheart, Bryan Redmond. The couple celebrated 15 years together on September 27.

Stephanie and Travis both thanked Brandi on Twitter for helping him pick out the perfect present for their vow renewal.

Thank you @BrandiRedmond for always helping pick out the perfect jewelry for @stephhollman I love you. #rhod @deBoulle

Travis later shared a photo from the first time he met Stephanie on Twitter, and it's clear that this was the start of a beautiful relationship. "This picture was taken the first night I met @stephhollman," he tweeted. "Obviously it didn’t take me long to decide to marry her. Thankfully she said yes."

This picture was taken the first night I met @stephhollman Next week you will see our 10 year wedding vow renewal. Obviously it didn’t take me long to decide to marry her. Thankfully she said yes. #RHOD #FirstDates #10Years pic.twitter.com/vTftt9BID6

Excuse us while our hearts melt forever.

Check out some more throwback photos of Stephanie and Travis, below.

Before They Were Housewives: Stephanie Hollman

Life is better as an Insider
Bravo Insider is your VIP pass to never-before-seen content, exclusive giveaways, and so much more!
Sign Up for Free
All Posts About
Brandi Redmond
Stephanie Hollman
The Real Housewives of Dallas
Celebrations
Relationships
Weddings
Travis Hollman
Related

Here's Why Stephanie Is "So Proud" of Husband's Company