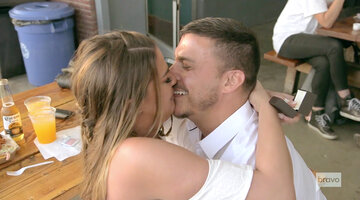 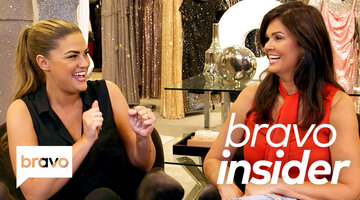 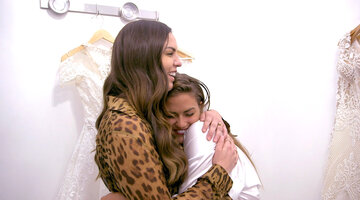 1:09
Vanderpump Rules
Brittany Cartwright Asks Katie Maloney-Schwartz to Be Her Matron of Honor

After falling in love, and then sharing all their laughs, ups, downs, drama, and definitely even more laughs with the world, Jax Taylor and Brittany Cartwright finally married on Saturday, June 29. They wed in the bride's home state of Kentucky at a castle (no, like, really, we're serious). The couple said "I do" in front of their families, as well as their Vanderpump Rules friends, of course, as well as pals from elsewhere, too, PEOPLE confirmed.

“It feels amazing,” Brittany told PEOPLE before marrying Jax. “We’re stronger and happier than we’ve ever been. We’ve been through a lot, but we came out on the other side. I feel like we’ve just gotten stronger and stronger.”

Jax added, “We know we love each other. We know we want to be together. We’re just really excited. Just really happy with where we are right now.”

The wedding comes about a year after Jax popped the question in June 2018, and about four years after he first met Brittany in Las Vegas.

There Are So Many Opinions About Jax Taylor and Brittany Cartwright's Wedding, and We Are Here for It

Along the way, the couple let fans in on every aspect of their fairytale-themed wedding planning (more on that in the video at the top of the post) during Season 7 of Vanderpump Rules — and all over social media, making it an event that included multiple pre-wedding bashes, because of there's anything the Vanderpump Rules crew loves to do, it's party. And party hard.

And now this beauty and her beast are officially Mr. and Mrs. Taylor... or is that Cauchi?

Well, whatever the case is, congrats to the happy couple!

Jax Taylor and Brittany Explain Their Love Story in 30 Seconds

Dying for more behind-the-scenes info about the wedding? Get an insider's glimpse at Jax and Brittany's wedding venue, below.

Tour the Kentucky Castle Where Jax and Brittany Will Get Married
Life is better as an Insider
Bravo Insider is your VIP pass to never-before-seen content, exclusive giveaways, and so much more!
Sign Up for Free
All Posts About
Brittany Cartwright
Jax Taylor
Vanderpump Rules
Relationships
Weddings
Related