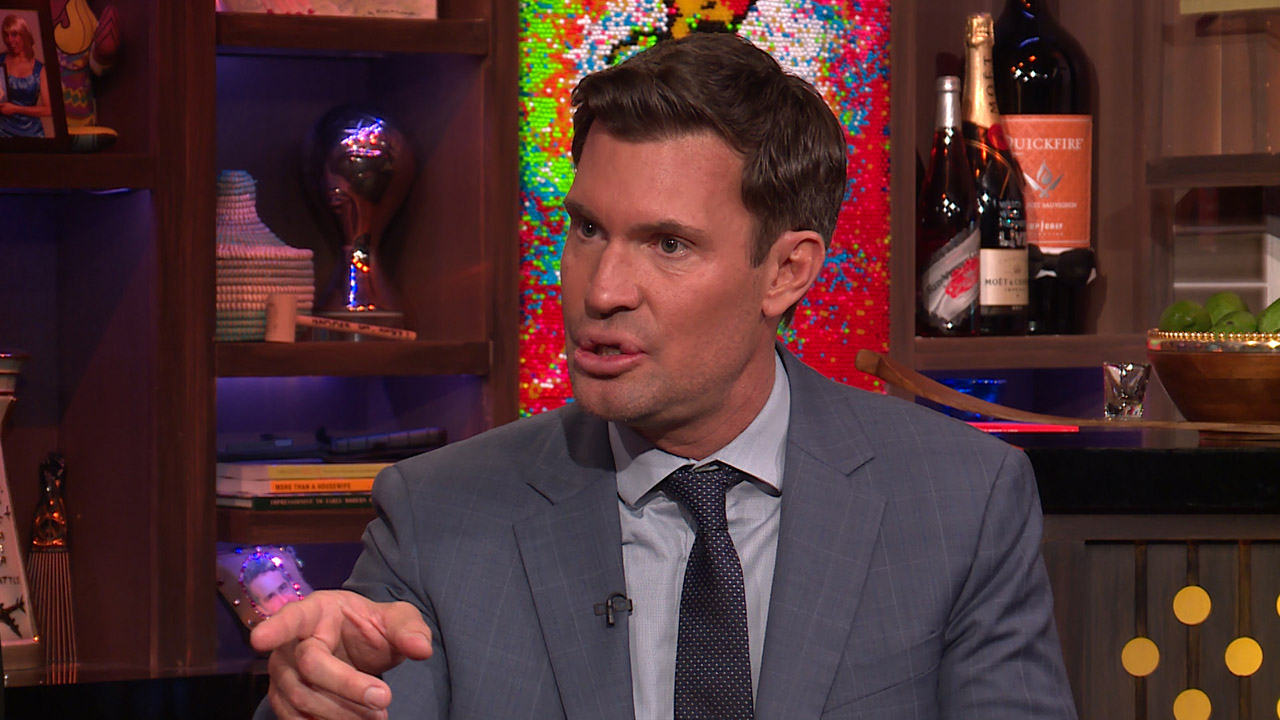 If anyone knows how Jenni Pulos is doing these days as she counts down the months until she welcomes her second child, it's her BFF Jeff Lewis. The Flipping Out designer was quick to offer a quick update on his pal when he stopped by the Clubhouse on Watch What Happens Live with Andy Cohen on Wednesday.

Jenni first revealed the news that she and husband Jonathan Nassos, will welcome another daughter this June back in January. They are already parents to 3-year-old daughter, Alianna.

And at the time, she told The Daily Dish just how supportive Jeff has been following the news of her second pregnancy. "Jeff was championing us during this entire process; he and Gage have been very supportive. Early on I had some complications and Jeff was always concerned about my health. They are great dads and I can't wait for our girls to become lifelong friends who will share everything from dresses to Mama/Aunt Jenni's favorite raps," she said, sharing that it's "a new chapter filled with excitement and adventure."

Well, it turns out that Jenni has returned the favor after Jeff welcomed his first child, daughter Monroe Christine Lewis, back in October. He added on WWHL, "She gave me a lot of great advice."

Check out some photos of the pals, below.

Now That Jeff Lewis Is a Dad, Andy Predicts What's Next