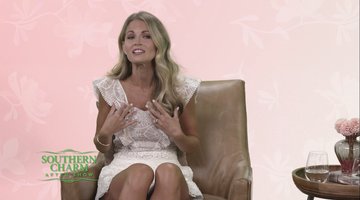 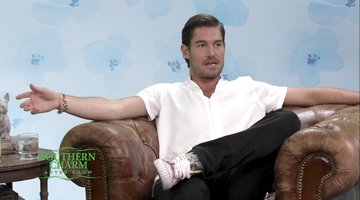 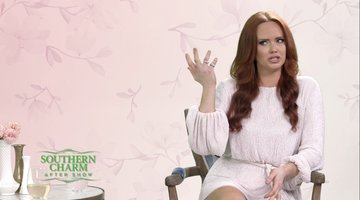 For all you thinking that love is dead, Madison LeCroy just gave us some hope that it is alive and well.

Following the news that she and Austen Kroll called it quits, Madison recently told PeopleTV's Reality Check that there's always the possibility that these two could one day rekindle their romance. “I always have hope,” she shared. “I don’t want to ever say [no].”

She added, "He’s something I cannot stop. We just have a good time together, and it’s hard to convince everyone that this is your relationship when they are looking from the outside.”

Madison, who confirmed that she is currently "single and definitely not looking," also shed some light on her on-again, off-again relationship with Austen. “It’s just hard not getting it right,” she said on Reality Check. “We care about each other a lot. He’s been my best friend for a year and half, even though we’ve done a lot of messed up things to each other. We try to find ourselves back where we always end up. We just take it day by day."

Though Austen confirmed that he and Madison "are not together" in the below preview for Part 2 of the Southern Charm Season 6 reunion, there is still the question of whether or not these two are "friends with benefits." We have no doubt that Andy Cohen will get to the bottom of that.

Austen said his relationship with Madison is "very complicated" during an appearance on Watch What Happens Live with Andy Cohen on August 14. "I care about Madison a lot, and that will never change," he said.

Madison agreed with Austen's assessment of their relationship during an interview with Us Weekly on August 22. Still, the hairstylist couldn't help but gush about Austen. “I love the fact that he has dimples. That’s obviously one of the first things I see,” she told Us Weekly. “I like how tall he is. I love his personality. He just makes you feel very welcome, you know? It’s just easy, I guess.”

Madison, who was previously married, also told Us Weekly that she's taking her time when it comes to the possibility of walking down the aisle again. “I am in no rush. I’ve already had my son, so therefore I don’t feel like I’m having a time clock. But, yeah I think. Yeah, possibly,” she said before addressing if Austen could be the one: “Maybe, who knows.”

Watch the Charmers further dissect Austen and Madison's relationship in the Southern Charm Season 6 After Show, above.

Catch a preview of Part 2 of the reunion airing Wednesday at 9/8c, below.

Austen Kroll Reveals the Status of His Relationship With Madison LeCroy

Life is better as an Insider
Bravo Insider is your VIP pass to never-before-seen content, exclusive giveaways, and so much more!
Sign Up for Free
All Posts About
Andy Cohen
Austen Kroll
Southern Charm
Splits
Relationships
Madison LeCroy
Related