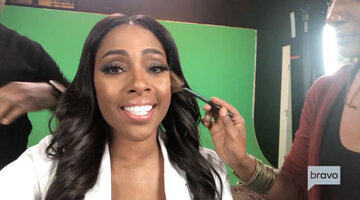 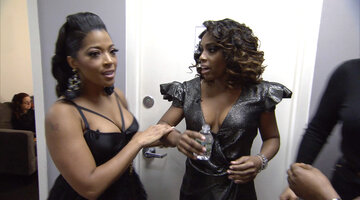 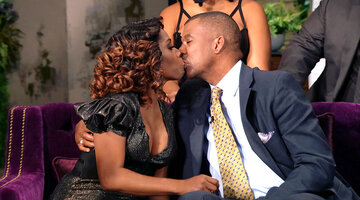 When one Married to Medicine couple is hurting, it definitely affects the whole crew. That was made abundantly clear when Dr. Simone Whitmore announced her intentions to file for divorce from her husband, Cecil Whitmore, after 21 years of marriage at the Season 5 reunion. As soon as the OBGYN broke the news, the entire group did their darndest to convince the couple to work things out, which they ultimately succeeded in doing in the 11th hour of the sit-down.

The possibility of Dr. Simone and Cecil splitting up still caused some drama for Mariah Huq and her husband, Dr. Aydin Huq. “Oh God. [Aydin] and I argued about it because we love them so much and the reality is that you do have to pick one if your friends divorce so I’m like, ‘We get Simone.’ and he’s like, ‘No, we get Cecil.’ and I’m like, ‘Are you kidding me? We get SIMONE!’" Mariah said of how the couple's issues impacted her own marriage during a recent interview with TheGrio. "I love Cecil and they are both great people and I don’t want to feel like I have to pick one. I love them both."

However, Mariah admitted that she does empathize a lot with Cecil's position in his marriage. “One of the issues I can be empathetic to is that Cecil is as a spouse of a physician. I think when it’s a man in that position, people negate their feelings," she explained. "Cecil has always maintained a successful job but his main job has been a father and mentor to his boys and they just sent their oldest to college. A lot of what they’re going through is coming up now. He has been there for Simone and the boys so much and I think a lot of it is his role is changing and having to re-identify his role in terms of getting closer to being empty nesters.”

Dr. Simone and Cecil have been committed to working on their marriage since their reconciliation at last season's reunion. The couple celebrated their 22nd wedding anniversary in May. Since then, they have continued to show their love and affection for one another on social media.

But it's clear that Dr. Simone and Cecil still have some things to work out in the new season of Married to Medicine, which kicks off on Sunday, September 2 at 8/7c. "I recently took the divorce off the table," Dr. Simone shared in an update on her marriage in the above behind-the-scenes look at the filming of Season 6 of Married to Medicine. "He's still stubborn with a capital S. I'm still stubborn with a tiny S. But we are trying to make it work."

When it comes to Married to Medicine relationships these days, Mariah said that she wishes Quad Webb-Lunceford would be more open to her advice when it comes to her issues with husband Dr. Gregory Lunceford, which we also saw come to a head at last season's reunion. “I can tell Simone, ‘You are dead wrong,’ and she will ask me to explain that. Quad is younger so I don’t think she gets it as much so people don’t feel as comfortable being transparent with her and she’s afraid of hearing the truth," Mariah told TheGrio. "Everyone has a role to play in a relationship. In the growth and in the demise of a relationship."

We'll see where all of the Married to Medicine couples stand when Season 6 premieres Sunday, September 2 at 8/7c. Until then, catch all the drama to come, below.

On Season 6 of Married to Medicine...
Life is better as an Insider
Bravo Insider is your VIP pass to never-before-seen content, exclusive giveaways, and so much more!
Sign Up for Free
All Posts About
Mariah Huq
Quad Webb
Simone Whitmore
Married to Medicine
Relationships
Aydin Huq
Cecil Whitmore
Dr. Greg
Related

Dr. Simone Reveals the "Final Straw" in Her Marriage