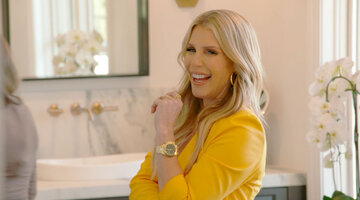 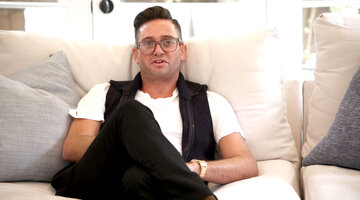 1:30
Preview
Can Josh Flagg Make Both These Clients Happy? 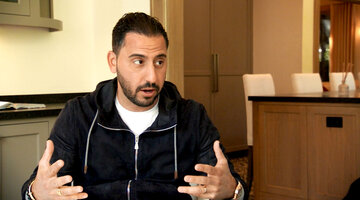 Josh Altman and Heather Altman are experts when it comes to closing multi-million dollar real estate deals, but the two also know a thing or two about what it takes to keep a marriage strong.

The Million Dollar Listing Los Angeles spouses, who share daughter Alexis "Lexi" Kerry and son Ace David Altman together, gave The Daily Dish a marriage update ahead of the December 8 Season 14 premiere. The pair shared how they balance their family life and their professional endeavors while working alongside each other on The Altman Brothers team for Douglas Elliman.

Heather noted that, when she first started dating Josh 12 years ago (they met and went on their first date on camera), it was "challenging to shut off" work when they were together. Sometimes, she said, it "still is hard."

Now that the two are six years into their marriage, Heather shared that things have changed. "We have an easier time navigating our relationship and just allow[ing] each other to do what we do," she said. "That's what makes us a successful couple in business and at home... We finally got into our groove."

When they do happen to disagree (whether it's at home or in the office), they try to keep things separate.

"[If it's] a home fight, then [we] try to leave it at home. We get to the office and if it's a work fight, [we] try to not carry it home to the dinner table with the kids..." Heather explained about their strategy to make sure they're always working well together. "Josh knows who's boss, and that's made our lives a lot easier."

Josh agreed that Heather is the one who is ultimately in charge.

"Just one simple thing of recognizing that your wife is always right just makes life so much easier," he joked.

In addition to being the boss in their marriage, Heather also got quite the promotion on The Altman Brothers team at the end of MDLLA Season 13. She's now the CEO of the team, but she said that the title change was more of a formality — since, in actuality, she stepped into that role a long time ago.

"I've been doing this, basically, since about month three of Josh and I dating. I was the CEO," Heather kidded about her husband and his brother, Matt Altman. "They just didn't realize it. They didn't want to acknowledge it."

Heather does appreciate that her husband and her brother-in-law, "recognize [her] hard work," and "want [her] to be involved," though she said that she doesn't "really need a title for everyone else to know."

"We're a great team, the three of us together," she added. "I help balance them out."

Josh is thrilled that, with Heather's "new" title, outsiders can see just how much she does for The Altman Brothers.

"She's finally getting the respect and recognition that she's always had internally... To have Heather running the ship, she's closing more deals than every other real estate show combined..." Josh said. "[The] good news is, I get to go to bed next to the biggest closer in the game, and that is hot."

You can catch Heather, Josh, and their fellow Douglas Elliman colleagues, Tracy Tutor and Josh Flagg, when Season 14 premieres.

Watch Million Dollar Listing Los Angeles premiere on Bravo Thursday December 8 at 9/8c and next day on Peacock and the Bravo app.

Life is better as an Insider
Bravo Insider is your VIP pass to never-before-seen content, exclusive giveaways, and so much more!
Sign Up for Free
All Posts About
Josh Altman
Josh Flagg
Tracy Tutor
Million Dollar Listing Los Angeles
Exclusive
Matt Altman
Related

Josh and Heather Shared a Major Update on Their Marriage