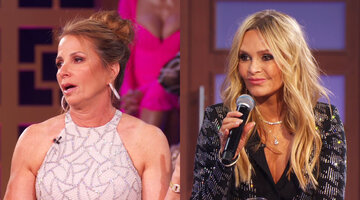 Now Playing
2:44
Show Highlight
Jill Zarin and Tamra Judge Confront One Another Over That RHOC Spoiler 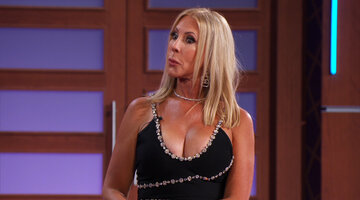 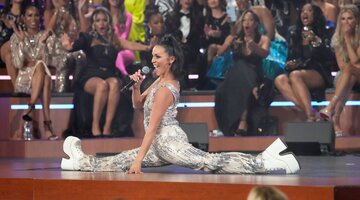 Cynthia Bailey didn’t miss the chance to hang out with her “Bravo family” at BravoCon 2022, even after she revealed the news that she and Mike Hill had decided to separate after two years of marriage. And while she didn’t get into too many details during the Watch What Happens Live with Andy Cohen Legends Ball episode, she did reveal what’s next for her following the split.

“Well, first and foremost, I’m just really excited to be here with my Bravo family,” The Real Housewives of Atlanta alum said during the episode, which aired on Sunday, October 16. “Although, yes, there are some changes in my family and home, I feel good. There’s nothing really that I want to share except that I’m not focused on my past — I’m looking forward to my future.”

Cynthia also touched on the breakup when speaking to E! News over the BravoCon 2022 weekend. “I believe the biggest part of any marriage is friendship, and Mike and I are still very, very good friends,” Cynthia said. “The love is still there for each other; we just decided to move forward separately. We had a lot of things going on.”

She added, “We both have been married a couple of times — well, this is my second marriage — and we always told ourselves if we ever felt like it wasn’t working, we would just have that conversation and move on. Because I don’t want to be married just to be married. I wanna be happy, I want to have peace, and he feels the same way. I think we’re better off as friends.”

See All the Epic BTS Moments from Andy’s Legends Ball

Cynthia did, in fact, hang out with her Bravo family throughout the BravoCon weekend, and she even shared some fun moments to her Instagram.

The RHOA alum and the TV personality began dating after meeting on Steve Harvey’s talk show. They became engaged in 2019 and later married in October 2020. Cynthia and Mike’s wedding was featured in Season 13 of RHOA.

They revealed the news of their split in a joint statement last week. “LOVE is a beautiful thing. While we both will always have love for one another, we have decided to go our separate ways,” they shared in a statement on Wednesday, October 12. “No one is to blame, and we are grateful that we remain good friends. We will always cherish the many memories we’ve shared together as husband and wife. Many of you have been on this journey with us from the very beginning, and we appreciate our family, friends and beloved fans for your positive support as we move forward and start new chapters. Thank you for your prayers and well wishes!”

Life is better as an Insider
Bravo Insider is your VIP pass to never-before-seen content, exclusive giveaways, and so much more!
Sign Up for Free
All Posts About
Cynthia Bailey
BravoCon 2022
Splits
Mike Hill
Related

Phaedra Reacts to Apollo Throwing Shade at Her on RHOA