Sign Up for Free to View
Could COVID-19 Be the Reason Half the Below Deck Crew Got Sick at the Same Time? 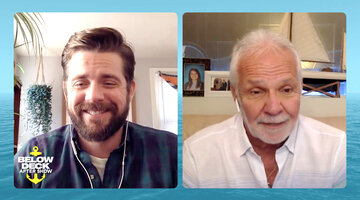 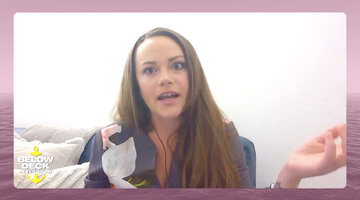 Just when the Below Deck crew seemed to be hitting its stride in Season 8 with several successful charters under its belt, the yachties were thrown another major curveball in the January 18 episode of the show when several of the crew members became under the weather.

After Izzy Wouters was out of commission for parts of the last charter due to an illness, Rachel Hargrove, Ashling Lorger, and Elizabeth Frankini all started to not feel well as they welcomed the next group of guests on board. "I was like, we are so low on people right now," chief stew Francesca Rubi recalled feeling about the situation in the above clip from the Below Deck After Show exclusive to Bravo Insider.

Rachel, Izzy, and Ashling all detailed what it was like to work while feeling sick during the charter season in the Below Deck After Show, above, where Ashling also revealed why she "felt like I couldn't admit why I was sick."

Press play on the above video to also learn what it was like for Francesca, Eddie Lucas, and Captain Lee Rosbach to manage a crew that wasn't feeling 100 percent and if any of the My Seanna yachties were worried that the coronavirus (COVID-19) could be responsible for the illnesses on board.