Sign Up for Free to View
Did Mariah Huq Bring *Those* Receipts to the Reunion? 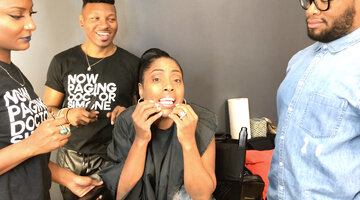 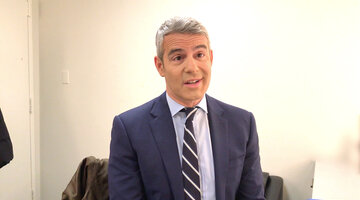 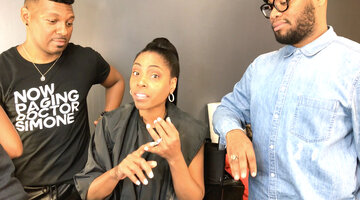 Now Playing
1:32
Married to Medicine
Did Mariah Huq Bring *Those* Receipts to the Reunion?

There's no such thing as too many receipts... right? After an explosive sixth season of Married to Medicine, Andy Cohen sat down with the ladies and their husbands one last time to discuss everything from estranged marriages to those alleged receipts that Mariah Huq claimed to have. But believe it or not, there's even more that happened when the cameras weren't rolling. Here are seven things you might have missed from the Season 6 reunion.

Who Has the Most Explaining to Do at the Married to Medicine Season 6 Reunion?

Clearly, one of the hottest topics from Season 6 was whether or not Mariah's alleged cheating receipts of Heavenly Kimes' husband existed. Luckily, Heavenly came prepared with her reading glasses to examine them! "I want to see the receipts," she said. "I brought my readers so I can see 'em."

The Finale is this Friday @9/8c @bravotv Who’s Ready for the Reunion? I know I AM!!! @georgemiguelc Killed my FACE @janelasealysmith Rocked my PONY @joyedidit Kept my Nails Classy Chic And @porsha4real @gonakedhair was the Perfect Texture... @evamarcille I appreciated the advice! Thank You All for Enhancing my God Given Beauty!!! #married2med #ittakesavillage #blessed🙏 #reunion #bravo #classy #elegant

While Toya Bush-Harris didn't go into detail, she shared on Instagram that The Real Housewives of Atlanta's Eva Marcille gave her a few tips to prepare for the day, writing, "@evamarcille I appreciated the advice!"

Among all the drama, Mariah, Toya, and Simone Whitmore posed for a picture — complete with a photobomb by Andy Cohen in the background.

What Did the Married to Medicine Ladies Do After the Reunion?

Bottoms up! Toya spilled that she planned on taking shots to celebrate the "done season... and my next chapter."

5. Mariah, Heavenly, and Contessa brought posters of themselves to put on their dressing room doors

Back during the Season 5 Reunion, Mariah brought a massive poster of herself to put on her dressing room door — and Heavenly showed off her artistic skills by drawing a mustache and devil horns on Mariah's face. This time around, Mariah, Heavenly, and Contessa Metcalfe all brought posters of themselves to hang on their doors. And as far as we know, no one seems to have drawn on them... yet.

6. Contessa relied on yoga and trap music to mentally prepare herself

How Did the Married to Medicine Ladies Prepare for the Season 6 Reunion?

Before she stepped onto the reunion stage, Contessa practiced yoga and listened to trap music to get ready. "I have a little bit of yin, which is my spirituality, and the yang, which is a little bit of 'Knuck if You Buck' so I'm ready to knuck if you buck," she said.

After Simone and Contessa's heated fight on a boat ride, Simone revealed that it was one of her biggest regrets of the season — and she blamed it on the rum punch she was drinking. "The next boat ride, there'll be no f--king rum punch," she said.

Go behind the scenes to see even more exclusive footage from the Married to Medicine Season 6 Reunion:

Go Backstage at the Married to Medicine Season 6 Reunion

Life is better as an Insider
Bravo Insider is your VIP pass to never-before-seen content, exclusive giveaways, and so much more!
Sign Up for Free
All Posts About
Contessa Metcalfe
Heavenly Kimes
Jacqueline Walters
Mariah Huq
Quad Webb
Simone Whitmore
Toya Bush-Harris
Married to Medicine
Related