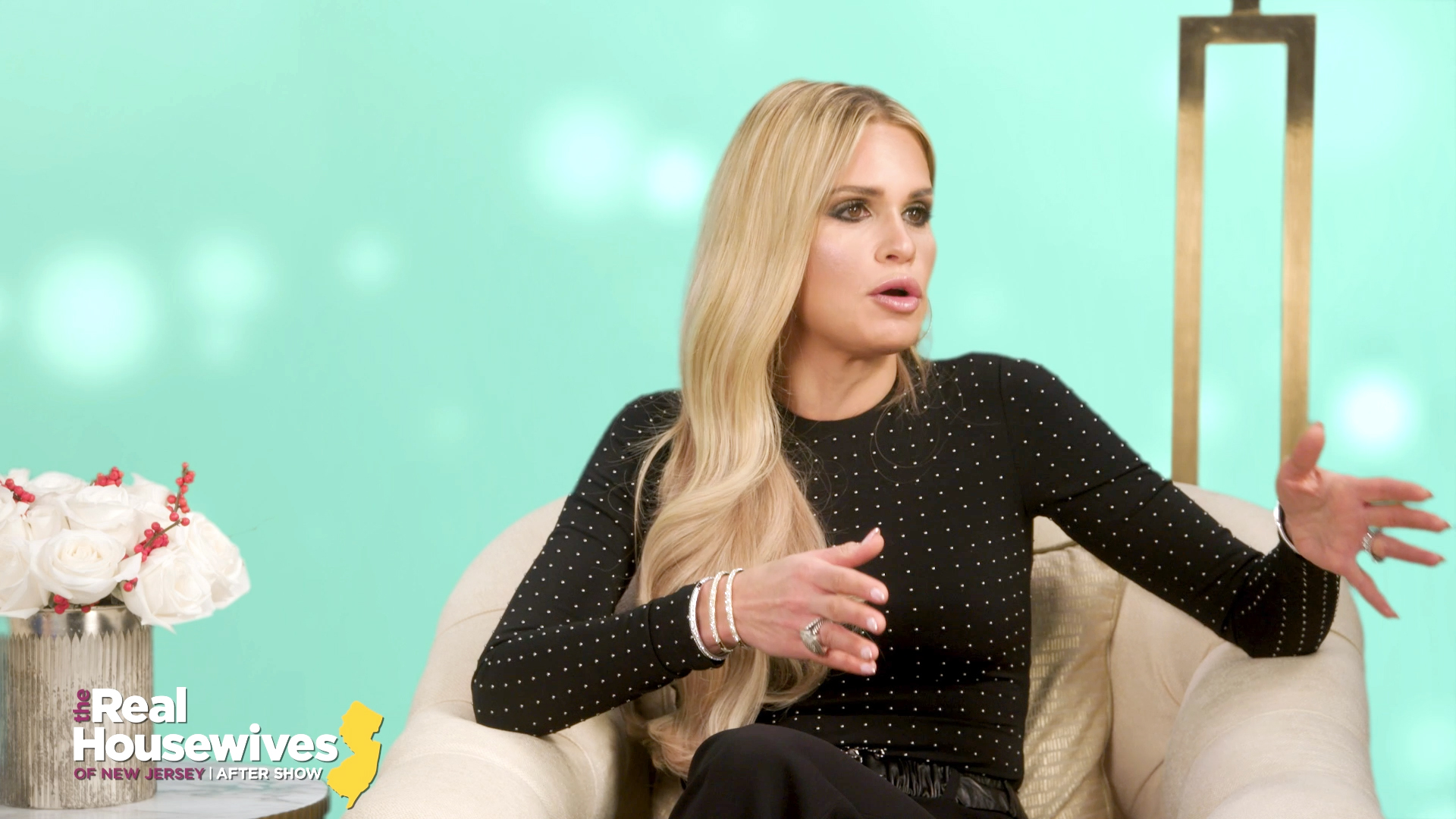 Ever since she joined the cast of The Real Housewives of New Jersey as a Season 9 rookie, Jackie Goldenschneider has been open about her past struggles with anorexia. And on Season 10, we've witnessed moments where Jackie's past comes back to haunt her, including on the group trip to Jamaica and during an uncomfortable visit to her dad's house, which was shown on last night's episode.

On the RHONJ After Show (see the clip above), Jackie addressed her dad's bizarre comment that her current appearance makes her past struggles "almost worth it," and that she's "an inspiration to kids who are heavy."

Looking back on the awkward moment, which happened when Jackie was watching old home movies that showed her at over 200 pounds, the Jersey mom said, "I think he didn't choose his words well. I don't think my father would ever imply that me getting close to death was ever worth anything. I think what he was saying is that he knows how upset I was being overweight."

Watch the clip above to hear Jackie explain.

Jackie Goldschneider’s Kitchen Is for a "Hungry Family"