Sign Up for Free to View
A Familiar Face Returns to Below Deck Med! 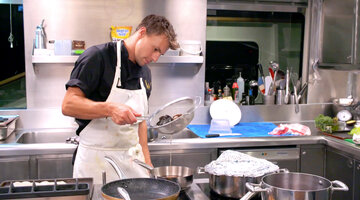 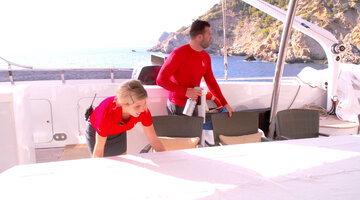 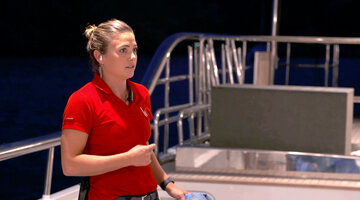 1:38
Preview
Malia White Is Tired of Being Ignored By Her Crew

The Wellington crew's latest addition to the team is a familiar face to Below Deck Mediterranean fans.

"Your favorite bush pig is baaaack!" Aesha exclaimed upon her return in the August 24 episode.

Fans will remember Aesha from Season 4 of Below Deck Med where she also served as second stew. Aesha wowed the crew, charter guests, and fans alike with her positive attitude and, shall we say, unique sense of humor.

Aesha also memorably got into a romance with deckhand Jack Stirrup in Season 4. Their relationship ended after that charter season. Jack welcomed his first child, son Phoenix Sidney Stirrup, with girlfriend Kelly Hidge in April. Aesha went public with her new boyfriend, Scotty Dobbo, in July.

The Wellington crew has experienced many changes this season of Below Deck Med. After Lara Flumiani quit as second stew early on in the season, Captain Sandy Yawn brought in Season 2 stew Bugsy to join the interior. Following Hindrigo "Kiko" Lorran's dismissal, Tom Checketts, signed on as the new chef while visiting girlfriend Malia White in Mallorca.

Watch The Wellington crew open up more about this season in the Below Deck Med Season 5 After Show, below.

Hannah Shares Update on Life After Below Deck Med

Below Deck Med’s Kiko Opens up About His Emotional Exit